You low down stinking varmints 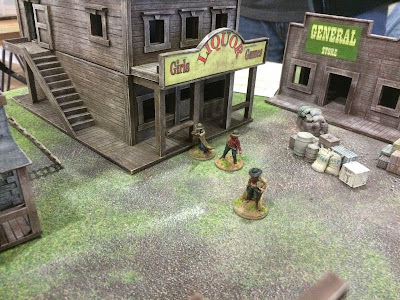 On Tuesday evening Quinton organised a rather spiffing game of Gunfighter for himself, Greg, Steve and myself.

Each player controlled one gunfighter accompanied by a couple of lowly flunkies. Myself and Greg would be one faction while Steve and Quinton the others. 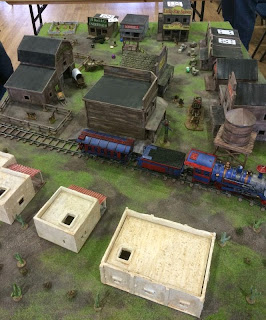 Quint bought loads of lovely terrain and figures along, but Greg and I chose to use our own figures, for me, it's the first time  these Black Scorpion models I painted have seen any action.

Steve and James faced off alongside the gallows while Quinton and myself rushed to help our buddies. 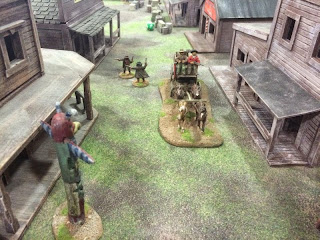 Greg and Steve spent most of the game blazing away at each other without any effect until they started targeting each others flunkies then there was soon some blood on the dirt. Things changed a little when Greg lassoed Steves character but he soon broke loose.

A lucky shot disarmed Quintons character but he disregarded this set back and charged headlong into me, we spent the remainder of the game grappling outside the livery stables. 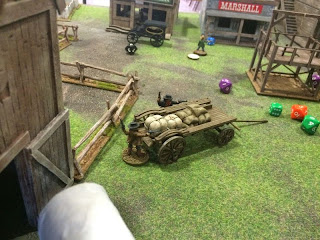 Looking back at the rules we made a few mistakes but it was great fun.