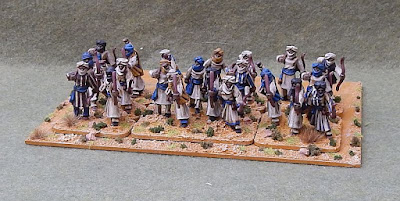 All these games of Warhammer Ancients with the El Cid supplement of late has me hankering to get a few more figures painted. A couple of years ago I purchased a huge bag of Miniature Design Studio Berber Archers at the time they were an independent range and stupidly cheap, working out at about 50p per figure, I think that 50 of them cost me £24,00. Unfortunately soon after I purchased them the range was transferred to Caliver so now Dave thinks they are worth two and a half times that. 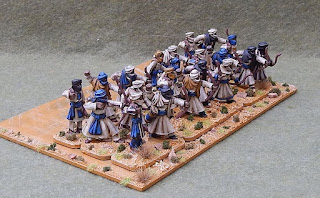 The sculpts are clean, if a little basic but do take paint nicely and suit my base-coat, wash and two or three highlights method. Don't look too close, I speed painted this lot as a single batch of 21 figures. 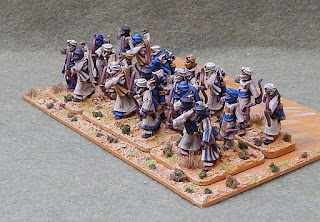 I painted twenty of these plus a single Artizan on that has been hanging around in the bits box for ages, I still have thirty more left so I plan on fielding either two units or a single huge unit of them. I will do a command stand in the next batch. 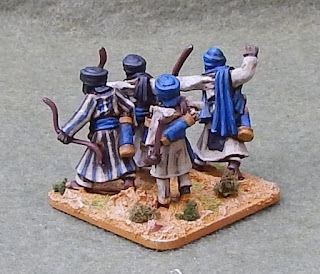 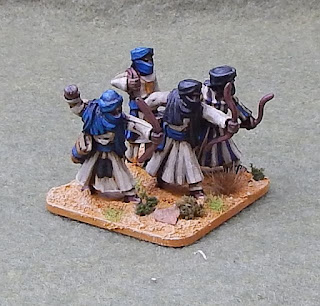 The movement tray may look a bit big for these, it's one I have done for a unit of cavalry, these will be getting their own soon. 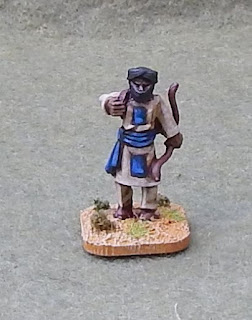 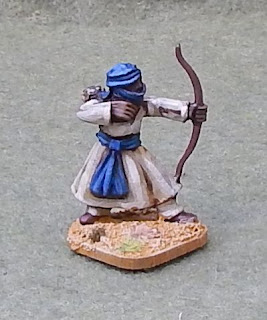 These are the first El Cid figures I have painted since September 2013, surprised I remembered how they were done....
Posted by Paul Scrivens-Smith at 10:35