It's been June since I last painted any troops for the Spanish Civil War collection and when I do they always seems to be those damned Nationalists. 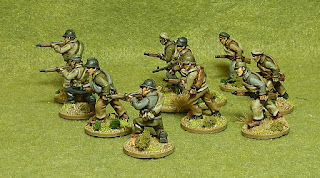 They really are lovely figures and the images on the Northstar web site does not do them justice, I did not even realise that a machine-gunner with Chauchat was included in the range. 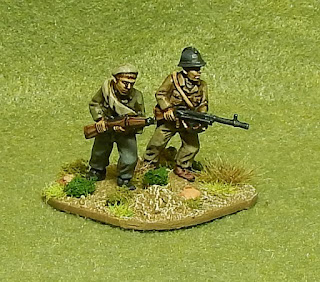 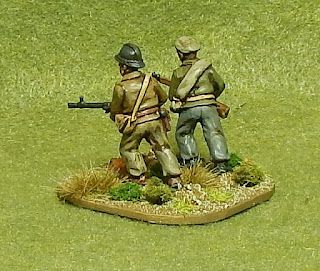 They were painted with a Vallejo Model Colour paints, mainly Russian Uniform, German Camo Beige, Neutral Grey, German Grey and Field Drab. Once base-coated they were given a coat of Vallejo Sepia Wash and once dry were given two or three highlights. Detail was picked out with W&N peat brown and then a coat of W&N matt varnish (although not very matt). All ten probably only took about three to four hours of 'brush time'.

I'm itching for a game of Chain of Command with them now.

More close-ups of the individual chaps. 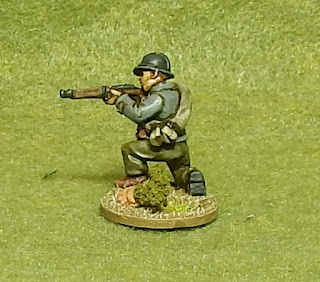 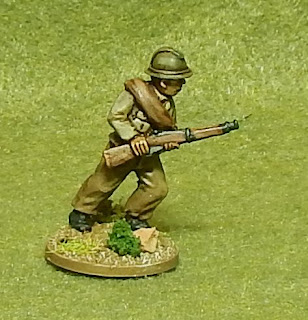 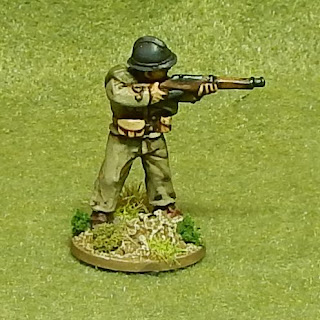 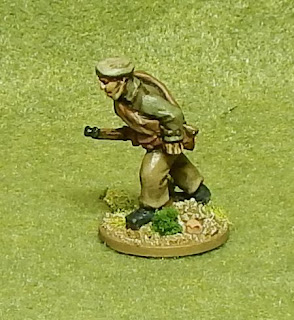 Posted by Paul Scrivens-Smith at 11:42