I hate those bloody Brits! 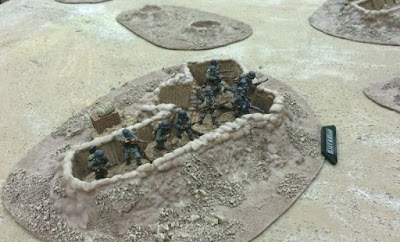 Due to his shift pattern it's not that often that I get to play Lee but on Tuesday evening our schedules coincided so we arranged to play Chain of Command using our WWI collections.

Randomizing the mission we would play the Patrol scenario and as he has a new tank Lee would be the attacker. Playing out the patrol phase the jump-off points were placed as follows. British in blue, German in red.

The British had 10 points of force support so fielded a Whippet, two Stokes Mortars and a pair of Trench Brooms. I had a single point so added an extra MG/08 to one of my teams. 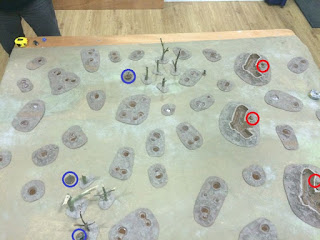 Although not allowed in the Patrol scenario I thought it was fine to deploy the Whippet so Lee kicked off with that. 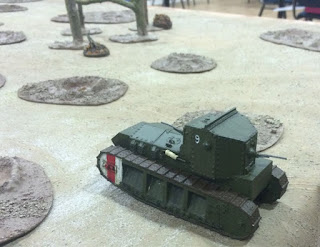 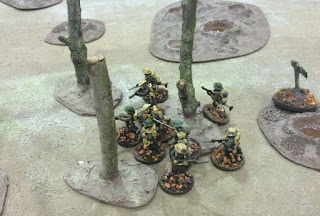 Knowing the power of the rifle-grenades and stokes mortars I resisted placing anything on the table until Lee deployed a rifle section next to the LMG section and started advancing on my position. I countered with a MG section that was soon rapidly depleted by the Stokes Mortars and Rifle Grenades - you would not believe how many sixes I rolled for casualties!.

Soon the MG section was pinned and down to a MG/06 team and single man and British rifle section were closing in so I deployed a rifle section and my Leutnant in that position  as I could see that is where the game would be decided. 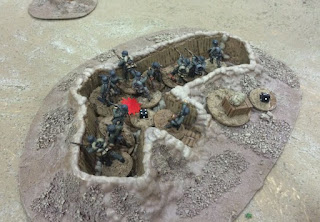 The British gathered their forces and with a double phase prepared to launch the attack. The rifle section crept closer while mortar bombs and rifle-grenades rained down on my position, the MG team was broken but despite the casualties my riflemen held on. 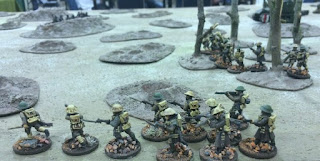 The British launched their charge against my position, in a brisk action all my men were killed including the Leutnant, five of the British remained, I really had nothing much more to stop them exiting the table. 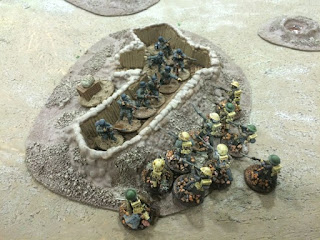 After consolidating their position in the trench the British took advantage of another double phase to break for the table edge and exit the game. 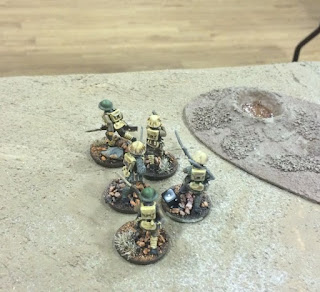 Bugger! It would be nice when playing against these damned Britishers if I could have some average dice rolls. 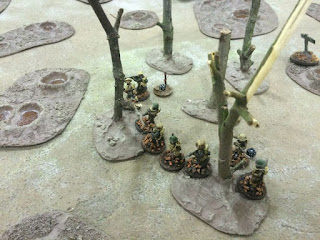 Anyhow, here is a nice  picture of my new dice tin bought when we toured Verdun in August. That will cheer me up. 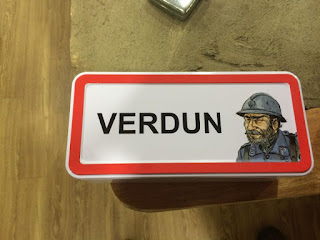 Posted by Paul Scrivens-Smith at 01:51