First game of Longstreet in years 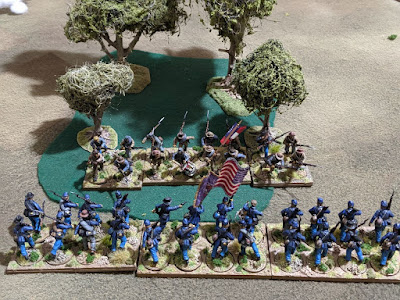 I've not played Longstreet in many a year (checks archive April 2015) but I've got so much 28mm stuff painted of late it seemed an opportune time to give it a go in 28mm.

On Thursday evening Drew and I convened for a game, he, as usual would play the Union while I took the Confederates. Both sides were 40 bases and to keep it simple all troops were Eager Recruits. 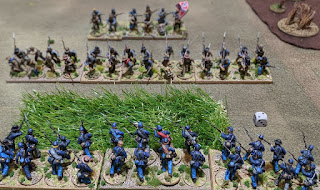 I went heavy in the centre and Drew had a strong right flank.

Thinks started out badly for me and continued so through the game. Here is the roll Drew made for his first volley! 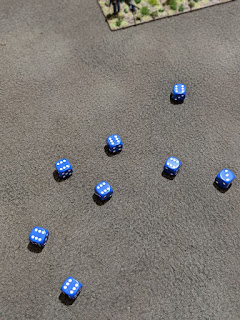 It continued much like this, with me faring badly in every firefight and every charge was repulsed with casualties.

We both played "force the enemy to discard x cards" during the game, of course Drew rolled a six and me a one! 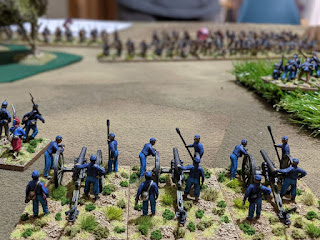 Still a good evenings gaming though and I'll certainly give it another try.

Here are the two Broke Boxes at the end of the game, says it all really! 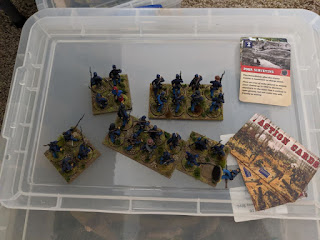 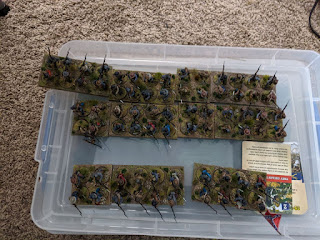 More images from the game courtesy of Drew. 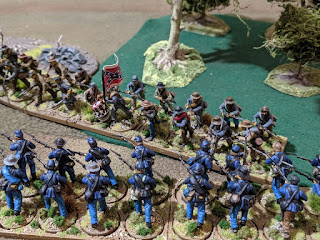 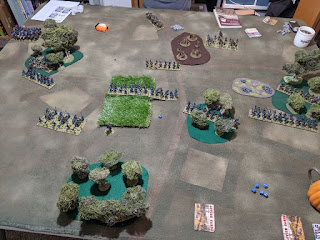 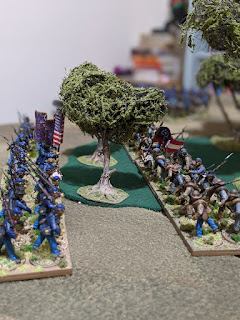 Posted by Paul Scrivens-Smith at 17:27