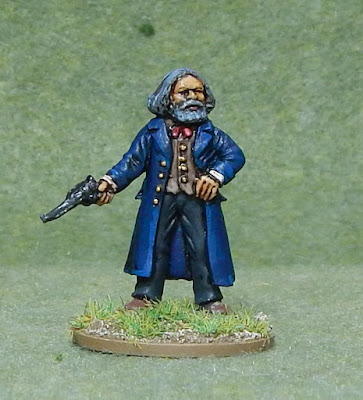 When I visited the UK back in August it was great to be able to attend 'The Other Partizan'.

This time the show figure was Karl Marx, Philosopher sculpted by Martin Baker. As is typical for the Partizan Show figures they are excellent sculpts and can find many uses, this one may even be on a secret book tour promoting 'A Contribution to the Critique of Political Economy' or researching 'The Civil War in the United States' and become involved in some of our American Civil War Sharp Practice games. 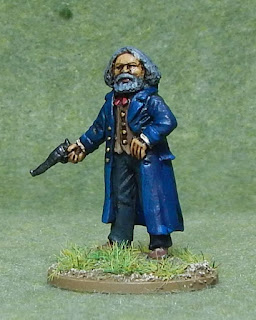 I though that a blue coat would be appropriate as 'The Civil War in the United States' supports the Union cause. He carries a trusty revolver to back up his argument against any seceshes that refuse to see sense. 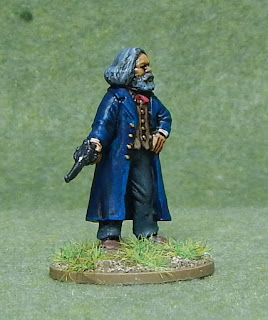 Still a little glossy though, I swear that Testors ain't what it used to be. 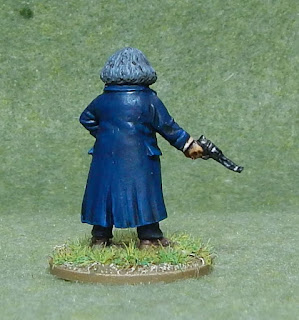 Posted by Paul Scrivens-Smith at 17:48