A brisk patrol action in No Mans Land 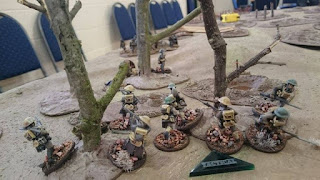 As regular readers will be aware I'be been quite busy painting up the WWI French and Germans for our Chain of Command games. Chum Lee had also acquired some Great War Miniatures British and was keen to join in the fun.

Last week he completed the paint job, and despite a bit of a problem with the matt varnish 'frosting' he was ready for his introductory game.

Lee has played a few games of Chain of Command before, but we though that a good introduction to WWI would be to start with a Patrol scenario pitting his 1917 British against my Germans.

We rolled a '1' for Force Supports so I took an Adjutant and Lee with his bonus point from the difference in Force Ratings took an off-table Stokes Mortar. 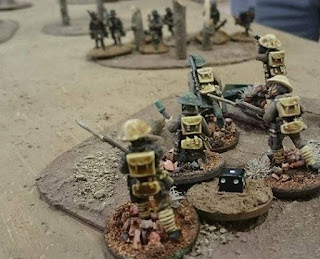 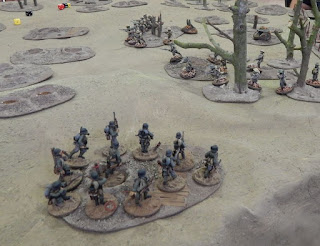 The terrain was laid out and we both rolled for Force Morale, my Germans would start on an 11 and the British on a 9.

We kicked off a very vanilla patrol phase and ended up pretty much with two rows of jump-off points shown in the photo. It's not immediately obvious from the photos, but the terrain was quite rolling with several low hills. 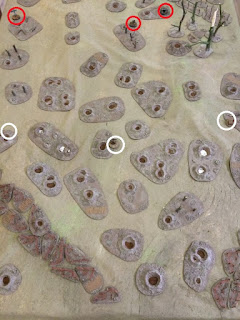 The British were first to the table deploying their Lewis gun section in the central destroyed wood on overwatch and it soon started a firefight with my own MG15/08 gruppe. I moved, under cover of a low rise to take the wood in the top right of the overhead shot, but the Bomber Section countered my advance and a brisk fight with rifles and grenades ensued.

The Gefreiter leading the advance went down so I had to bolster that flank with my Leutnant. 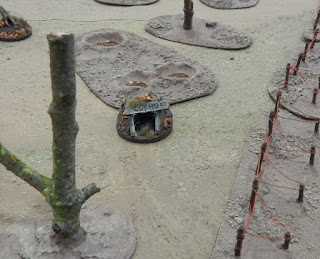 However on my right things were going badly, having dispatched the bomber section I reinforced with my second rifle gruppe, and pushed on into the blasted woodland. However Lees reinforcing rifle section laid down a deadly fire.

My Leutenant fell, the section broke and the German Force Morale collapsed. Bugger! 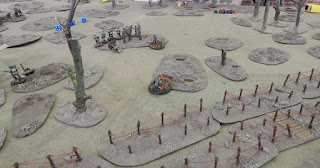 Lee really enjoyed his first game of CoCing Up Mud & Blood and we'll get a few more games organised over the next few weeks.

Here are a load more images from the game. 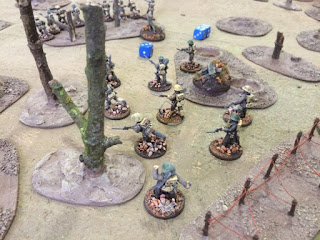 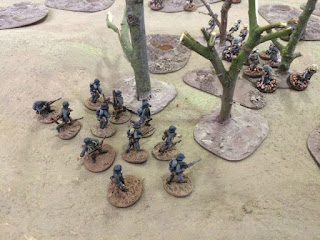 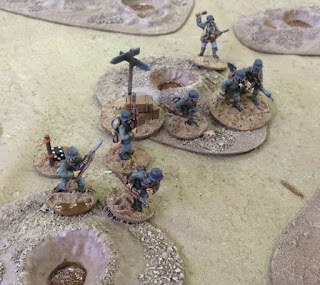 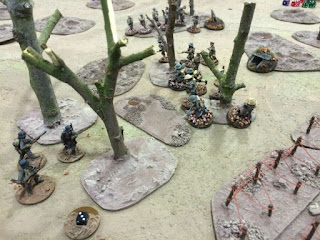 Posted by Paul Scrivens-Smith at 06:24