I've not posted any painting updates since Partizan a couple of weeks ago and indeed I have been quite idle on the painting front but have completed a dozen more French for the Verdun project at a leisurely pace.

There is a French Officer who has disdained the use of an Adrian helmet and instead wears a kepi. 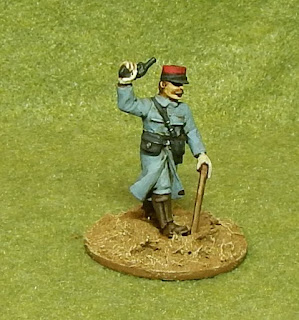 He wears the traditional white gloves and carries a cane. I only noticed the dark splodge on the coat after taking the photos, that will get a quick tidy up. 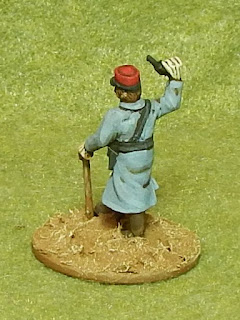 I have done another pair of sergeants, again, one sports a red kepi, the other has his helmet in horizon bleu, made a change from the usual dark greys. 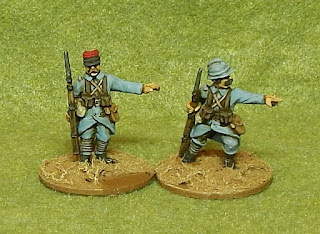 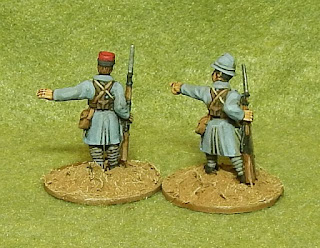 Another pair of bombers, one bandaged and the other in an horizon bleu helmet. 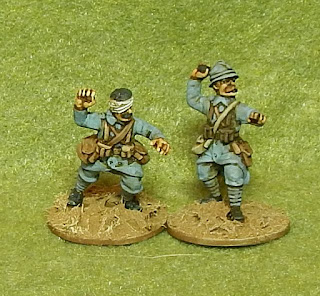 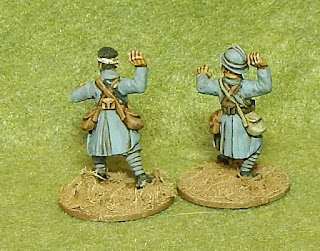 A V-B launcher team, the V-B cup is just made out of a blob of green-stuff. 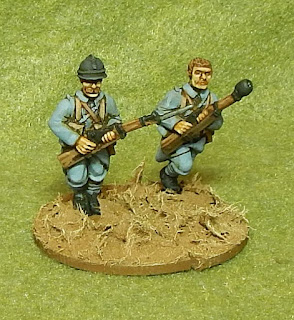 The 40mm base is split down the middle to allow casualty removal. 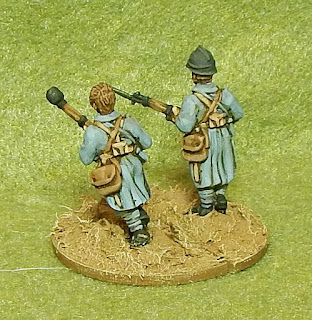 A pair of Poilu armed with Lebel Model 1886 rifles. Again I broke up the helmet colours and did one in horizon bleu. 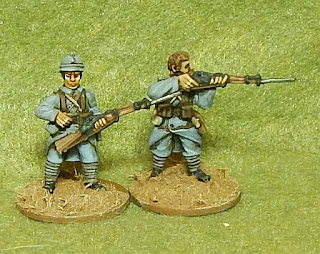 All the above figures are from the Woodbine Design Company available from Gripping Beast. 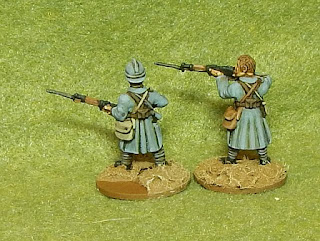 Finally, three casualty figures from Old Glory, certainly not as nice a figures as those from Gripping Beast, but they do only two different casualty markers so these add some variety. They look bloody awful when you get them out of the bag, but once cleaned up and primed start to look a lot more like something you may want to paint. 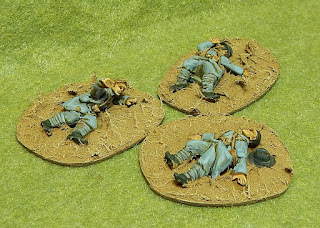 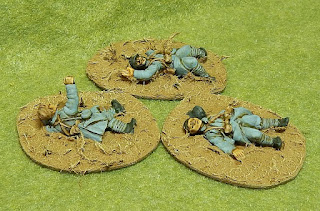 Posted by Paul Scrivens-Smith at 09:55