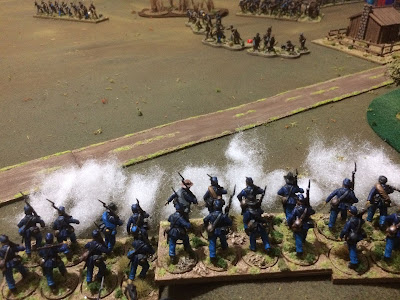 I've been a while getting this report out, what can I say but I've been busy :)

The first Thursday in November Bruce, Drew and Seth came over for another game in our Sharp Practice American Civil War series. Drew and Seth played the Confederates while Bruce and I the Union.

Having played some rather large games of late we went back to basics with a standard 1863 force each and played the Escort scenario with the Confederates doing escort duty. 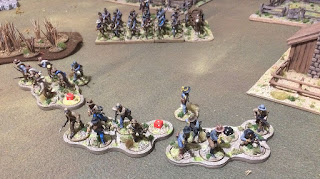 It's been rather a long time since we played and the detail may be  bit sketchy. The Confederates threw the least advantageous of their two entry points but did get three free moves and were soon striding manfully (without shoes) across the table.

The Confederates pushed their main body with the wagon up the flank furthest from the Union troops while the remainder of their force attempted to smooth their passage and keep the Federals at bay.

The Union forces did get quite an good starting position and were soon deploying troops to cut off the Confederate advance. Some nifty shooting by the Confederates did take down the leader of one of the Union skirmisher units rushing to block them and the other Union skirmishers had a bad roll on the shooting random event table and were restricted to close range fire. 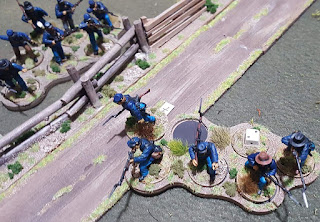 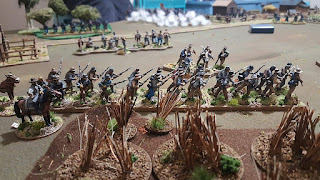 More pictures from the game, as usual, thanks for Drew for taking the additional shots. 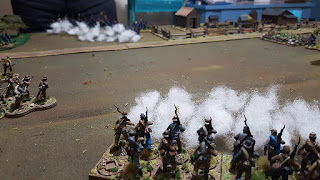 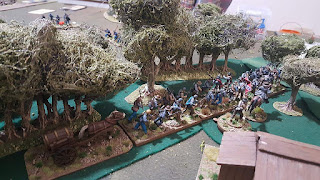 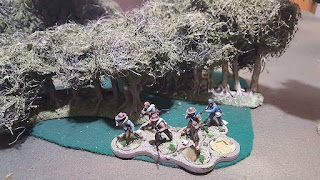 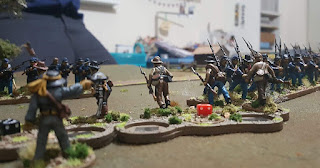 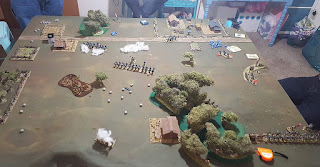