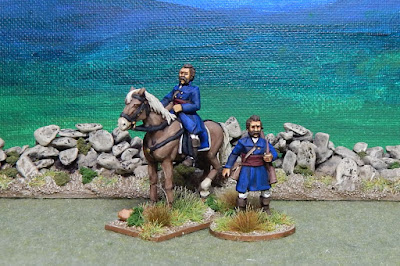 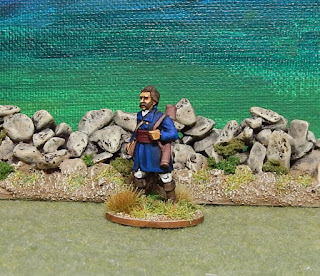 The figure is another one of the rather gorgeous Paul Hicks sculpts done for Brigade Games. Paul has really captured actor Brian Cox playing the role of Major Hogan in the TV adaptations. 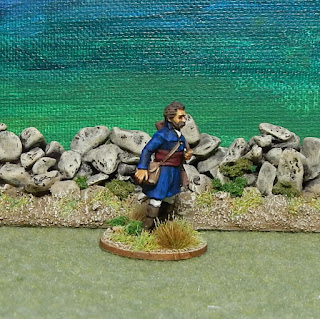 Maj. Michael Hogan: "It ain't justice, Richard, but politics, and like all politics it ain't pretty, but well done it can work wonders." 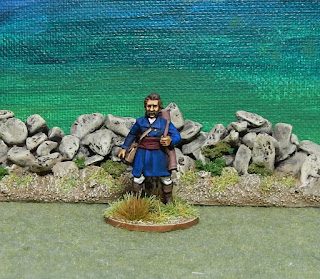 Major Michael Hogan is a little early for my Hundred Days forces, Bernard Cornwell had killed him off with a fever during the Peninsular Wars. 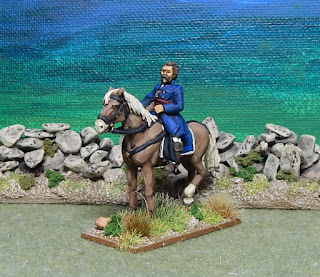 I thought Wellingtons trusted Exploring Office would be a great addition to the Napoleonic collection, either as a character in our Sharp Practice games or as an ADC in my General d'Armee games. 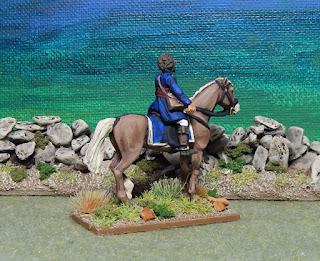 The blue is done off a basecoat of VMC Dark Prussian Blue, washed with AP Strong Tone then with the Dark Prussian Blue re-applied. Highlights with successively more Royal Blue were applied and then finished off with a wash of AP Blue Tone. 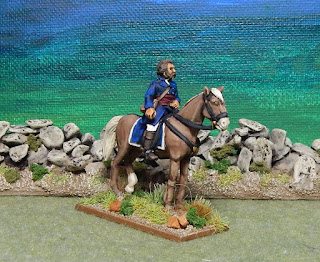 Also working towards my Analogue Hobbies Painting Challenge I added a pair of stocks for the Hall of Traps bonus round. 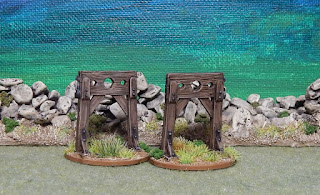