My last game of General d'Armee revealed that I needed more French infantry and more Anglo-allied cavalry, and I've been working to redress that.
I've already added another battalion of French foot this month and today have finished the 12th (Prince of Wales's) Light Dragoons to boost the Anglo-allied cavalry contingent. 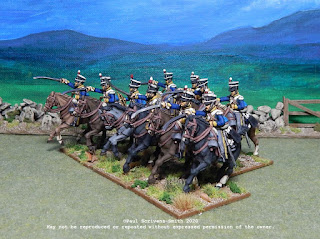 The 12th (Prince of Wales's) Light Dragoons that were part of the 4th British Cavalry Brigade taking part in the Battle of Waterloo but were not present at Quatre Bras. 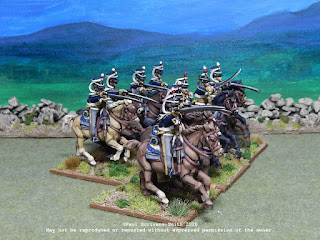 All the figures are plastic Perry Miniatures from the Napoleonic British Light Dragoons 1808-15 set. 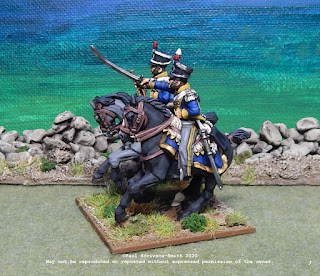 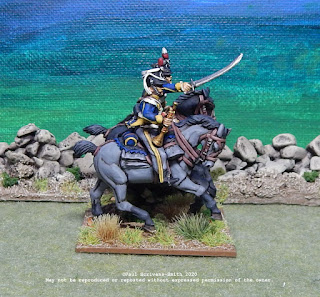 Once you know how to assemble them correctly (the instructions are not good on carbine placement) they are a splendid set of figures that can be made as either the earlier uniform worn up to 1812 or the later uniform that you see here. 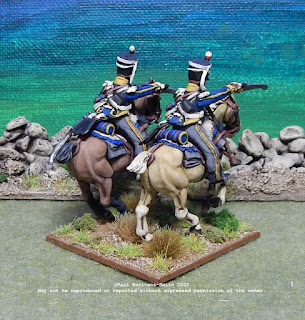 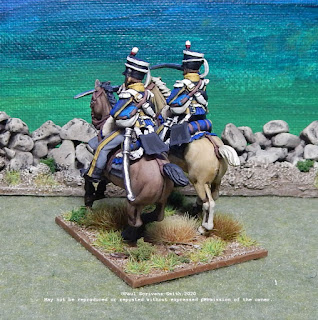 Being plastics they are very easy to play around with too, as I had modelled this unit with their swords at the charge and I wanted to give some movement to the unit, so the Roan horse on this base was modelled overhanging it quite a bit. 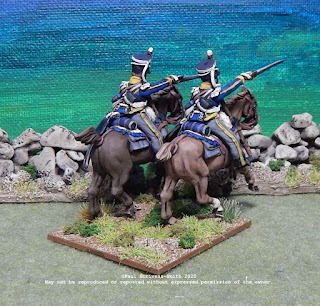 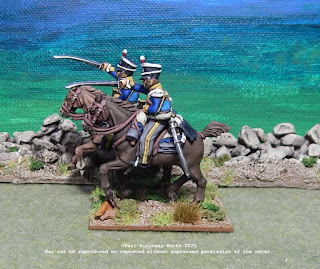