It was August when I last painted any French line infantry but the game I played a couple of weeks ago showed a pressing need for more French foot. 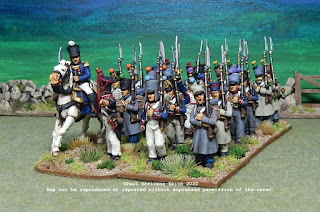 Fortunately, I've been clearing the decks in preparation for the Analogue Hobbies Painting Challenge and had three figures already painted, some at various stages of base-coating and enough figures still on the frames to add two new battalions if I pulled in some waifs and strays to make up the numbers. 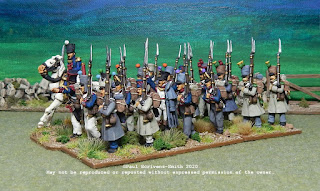 As only figures painted during the challenge count I thought I should use up these I had done /started to complete a unit. The other figures in the box are assembled and primed ready for the challenge to start. 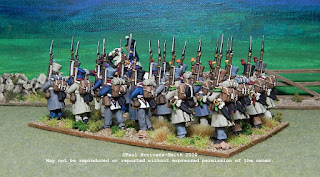 Almost all of the figures are from the French Napoleonic Infantry 1812-1815 set with a few metals thrown in to make up the numbers. 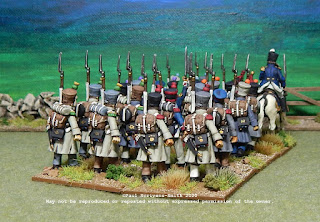 The mounted commander is from the Mounted Infantry Colonels set, I had planned to make a Brigade Command Stand, but the need for more foot Regiments was more pressing! 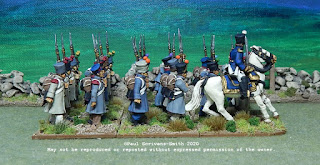 Accompanying the Colonel is a Sergeant with a Company marker flag from the Line Infantry NCO's set. 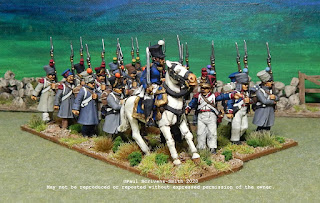 I did not have enough drummers or standard bearers for both units, but I still think they look OK without one and I can always add another command pack to a later order to complete the unit if needed. 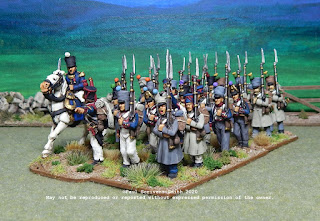 I took a few close up's but the camera really seems to have messed up the colours on these. 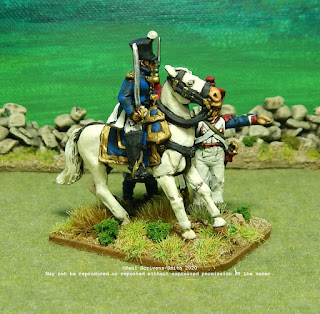 I thought that the mounted commander worked better on a slightly deeper base, so I used a 45x40 instead and rounded off the front corners. 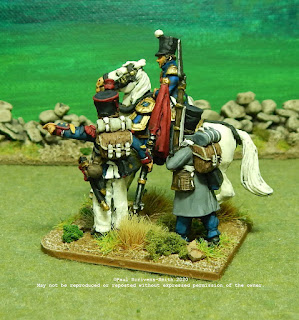 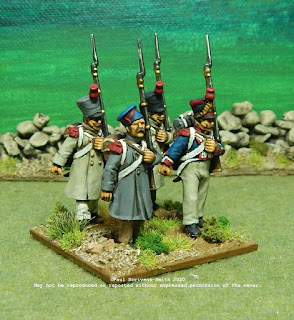 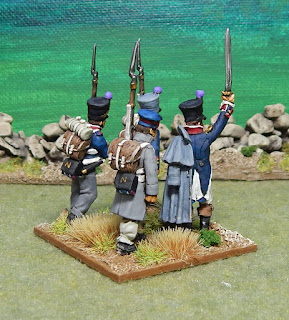 The additional officer is from the Line Infantry Officers advancing set, by the time I took this photo I had straightened his sword out (if you look in the earlier shots I had bend it at a jaunty angle). 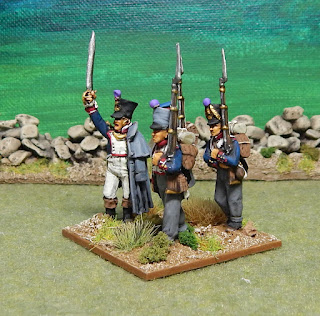 Despite the scramble to get figures to make two battalions up I did have a couple of spares over. 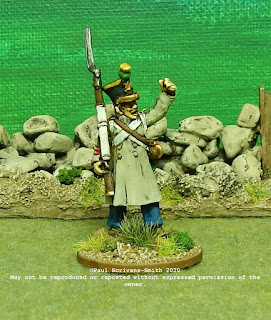 The first fellow is a Voltigeur sergeant again from the from the Line Infantry NCO's set. 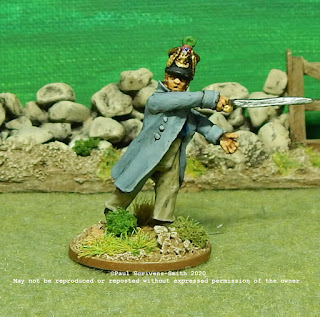 These pair will make good leaders for our Sharpe Practice games or markers to use in our General d'Armee games. 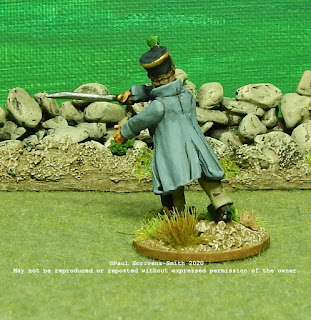