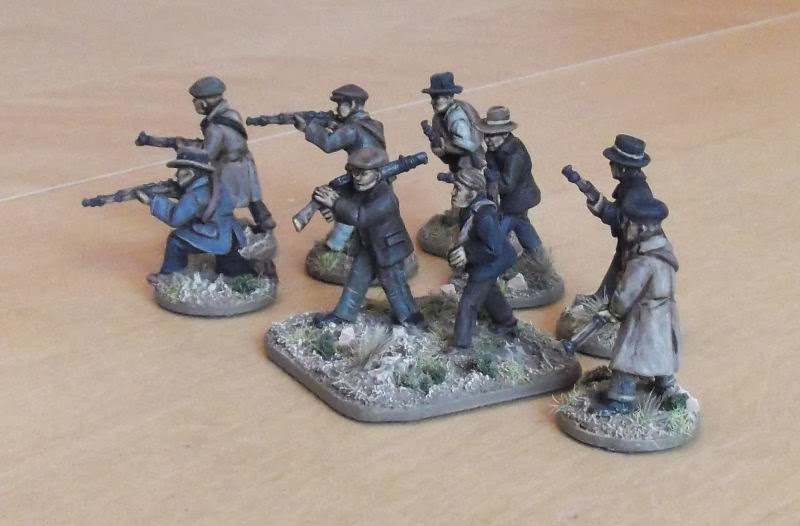 While waiting for my order of Republicans to arrive from Empress I remembered that I had some Musketeer Miniatures Interwar figures that may be suitable for bulking out the Republican Militia.

I took these on my business trip and got the highlights done in my hotel room and then did the bases this weekend.

I must say that they are lovely figures and a joy to paint, but they are irking me somewhat being armed with Lee Enfields and Lewis Guns, so these may not make the cut and I'll buy a few more of the Empress Militia to replace them.

I especially like the sporting gent, so much I tried to give his tweeds a real tweed feel, so even less Spanish Civil War than the rest.

I think I may end up selling these and replacing with more Spanish figures from Empress.

Photos are a bit shonky as the light was very poor today. 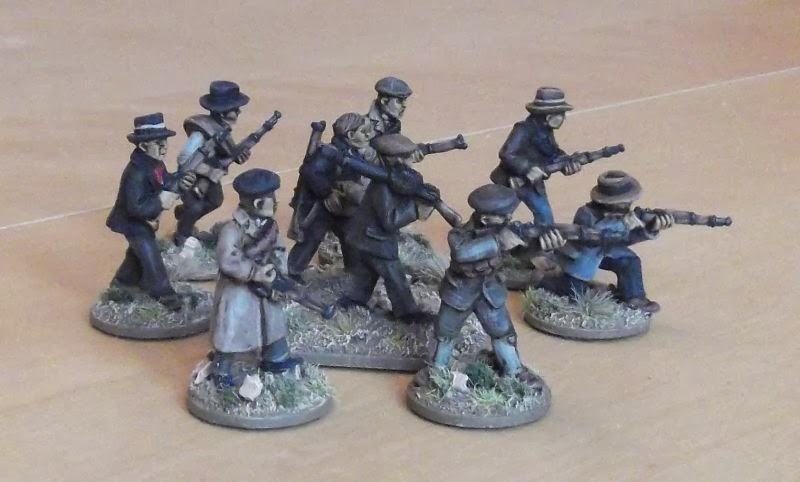 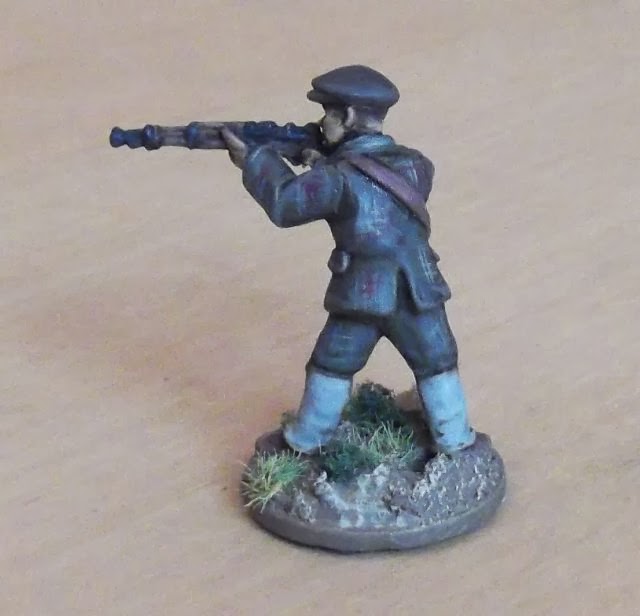 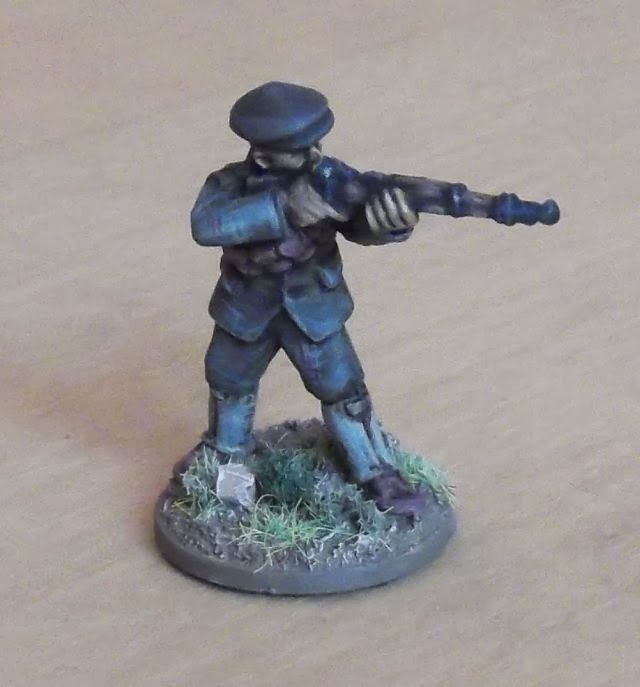 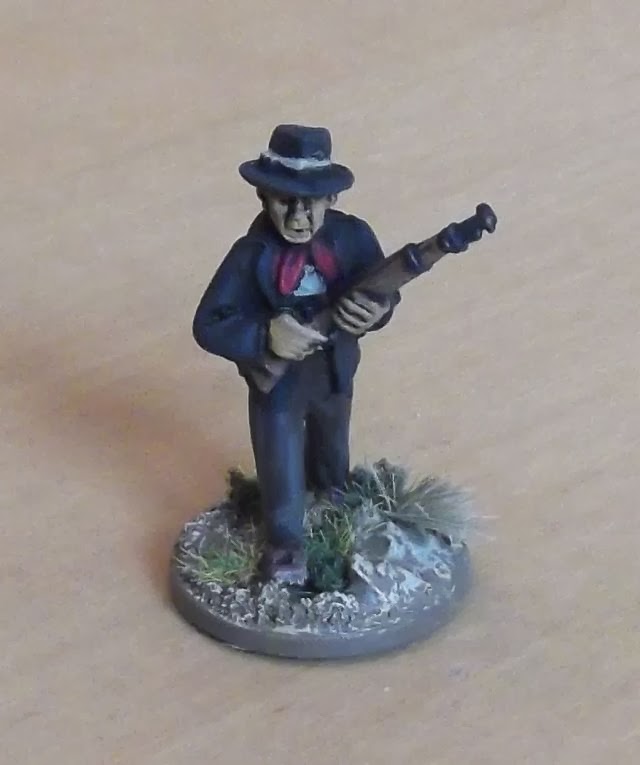 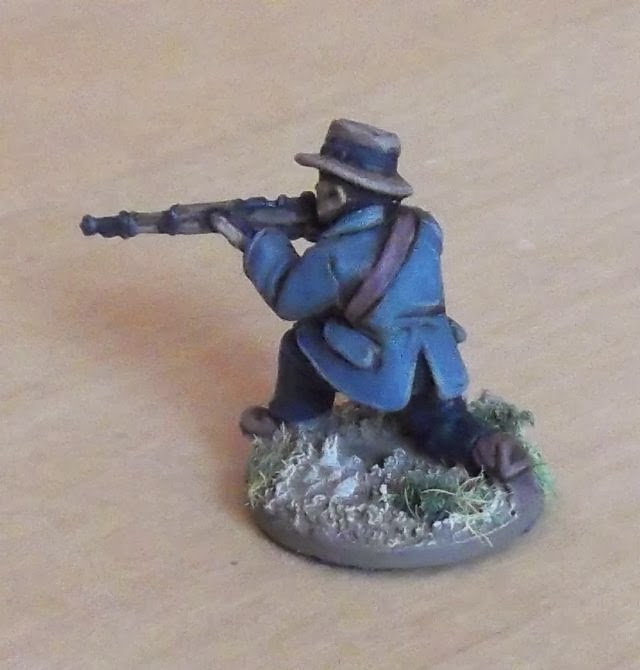 Posted by Paul Scrivens-Smith at 12:16