The militia gets a Jefe, Commisar, more Milicianos and some supports

It's been a productive week on the Republican Militia front. This week I have completed my Jefe and Commisar / Army Officer Advisior.

Unfortunately, with the angle of the photo his nonchalantly smoked cigarillo looks like he is sticking his tongue out! 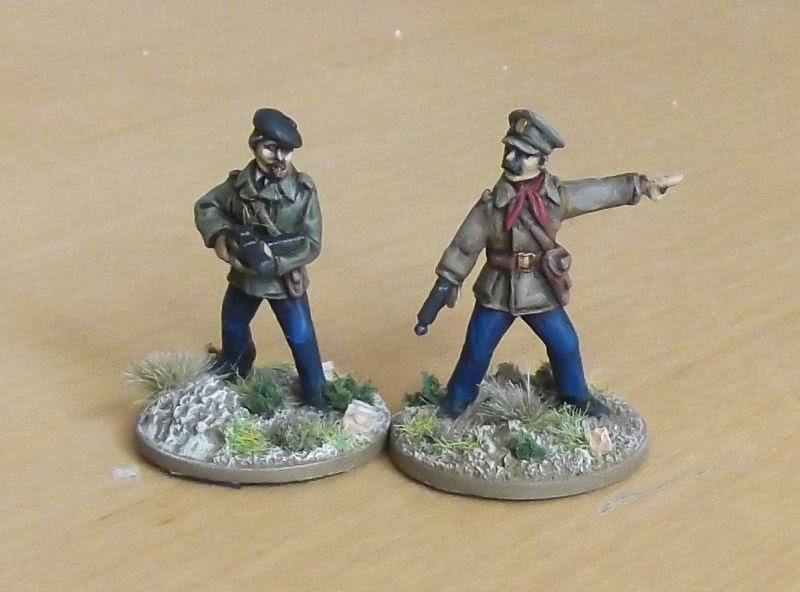 I plan to use the troops as a contingent from UGT - Unión General de Trabajadores - so have painted up a Miliciana holding a UGT banner, unfortunately my G went a bit wobbly, it will do for now but I may redo this at a later date. 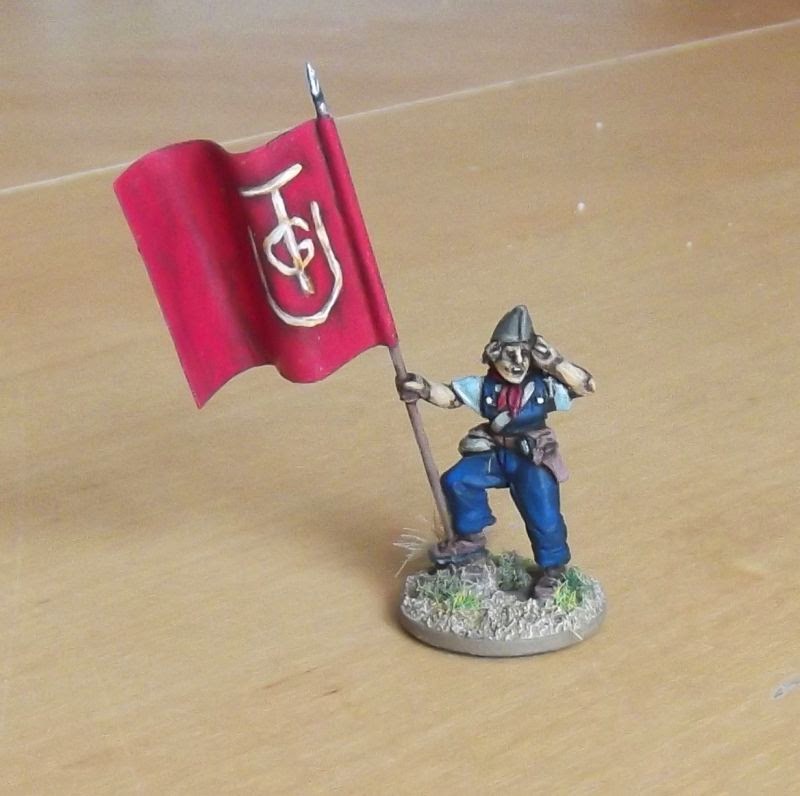 With all the other figures I purchased there was also another banner bearer with a much smaller banner, so I did this one as P.O.U.M. - Partido Obrero de Unificación Marxista - for the eventuality of me fielding them as something different for a change. 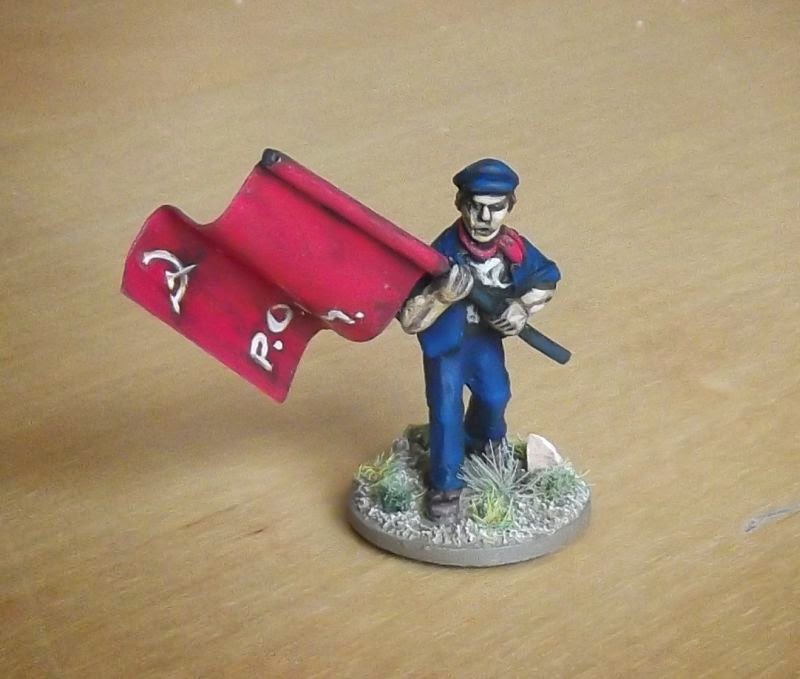 Ploughing on through the figures, I did another five Milicianos. 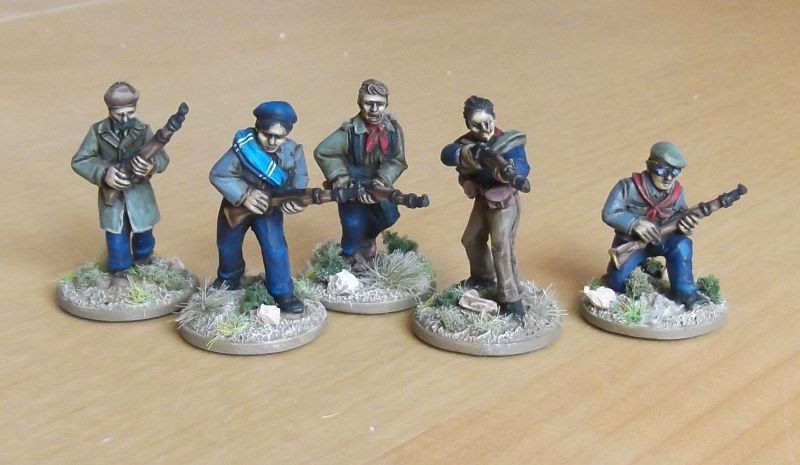 And five Miliciana including a light machine-gun team 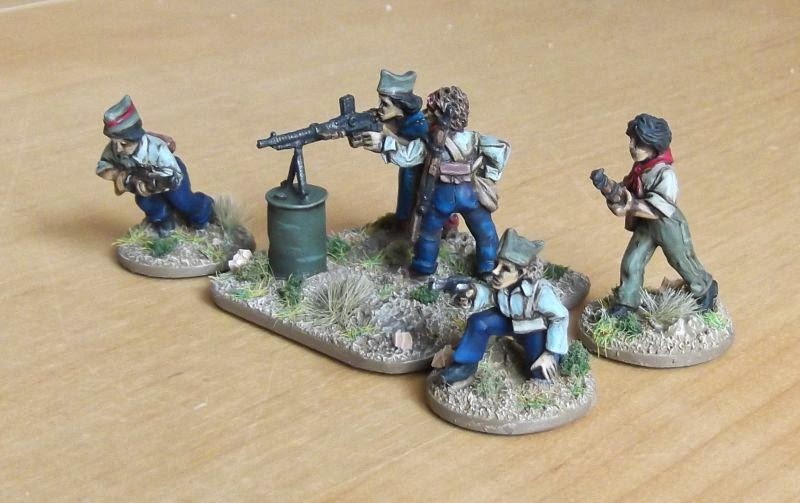 Finally a pair of Republican army 5cm mortars for some much needed fire support. 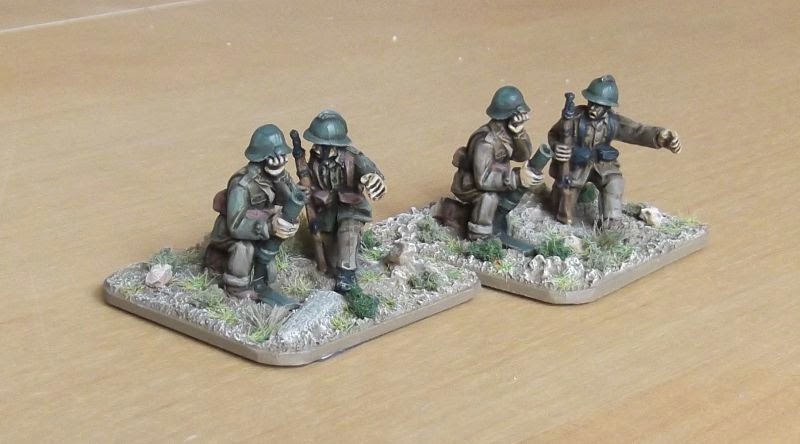 All the figures are 28mm from the Empress Miniatures range.

Here are a few more shots from different angles. 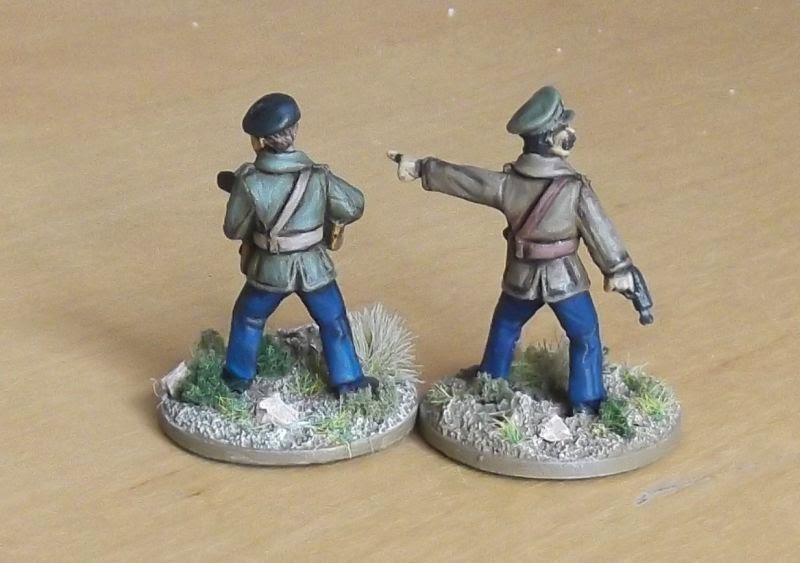 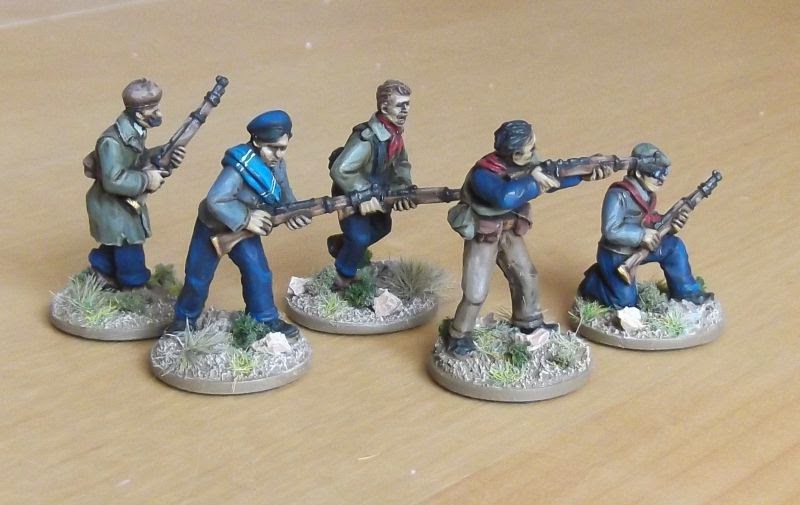 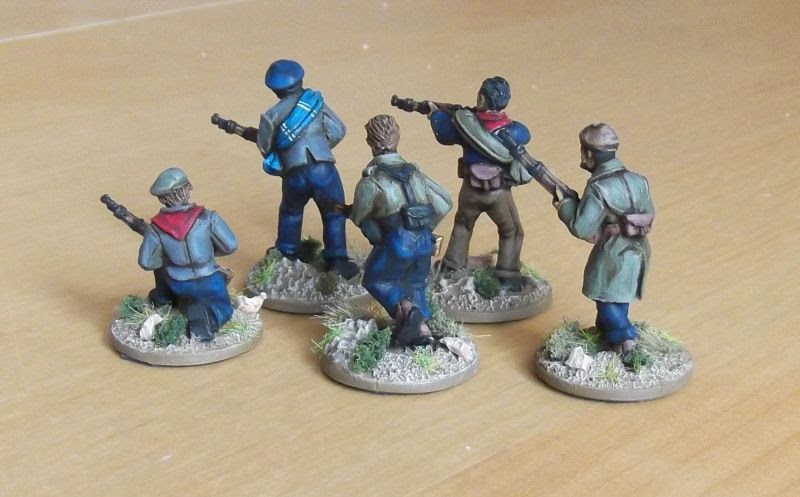 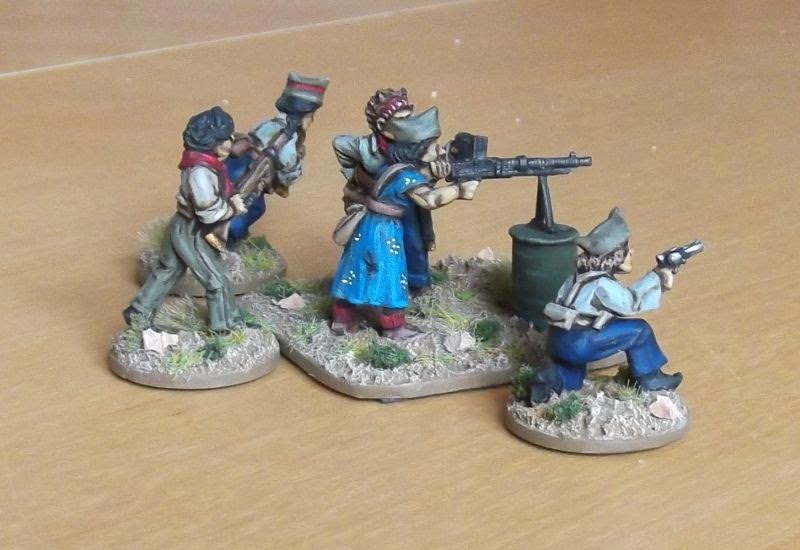 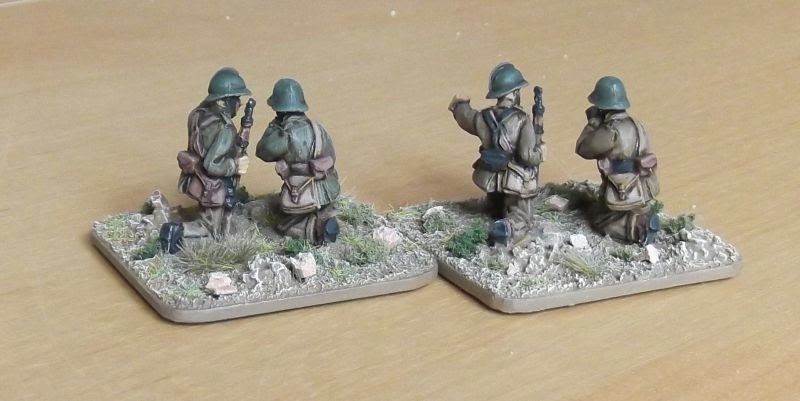 Posted by Paul Scrivens-Smith at 07:38