This weeks submission to the Analogue Hobbies Painting Challenge is a second regiment of Confederates that are a little more rag-tag than those I posted last week. All the figures are Perry Miniatures plastics from the American Civil War Confederate Infantry 1861-65 set.

With the exception of the command group, all the figures were assembled using the "right shoulder shift" arms, I don't like these as much as the charging arms but it does give a good mix on the battlefield. 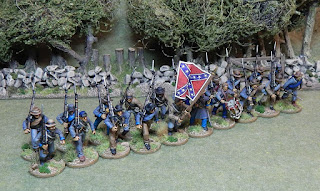 Paint wise, I went for a mix of browns and greys, the greys are from a base coat of either Basalt Grey, Neutral Grey or Luftwaffe Uniform, while the butternuts are from a base-coat of a mix of approx 2/3 Flat Earth and 1/3 German Camo Beige. 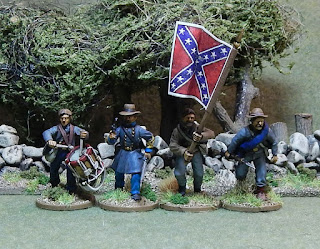 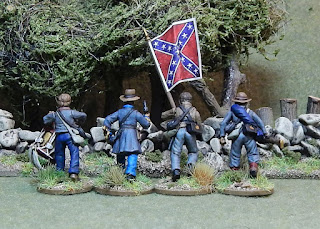 The hat-less heads on the drummer and standard bearer come from the Union infantry frame.

Here are some (rather dark) close-ups of the individual infantrymen in this unit. 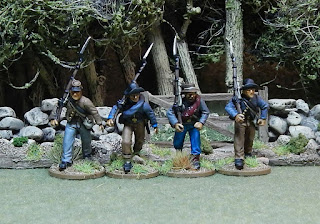 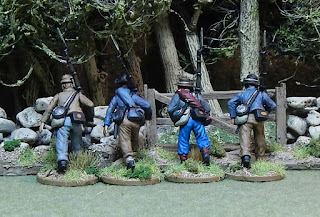 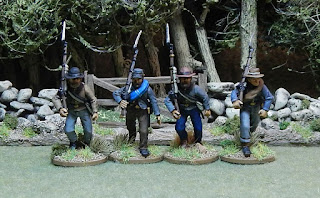 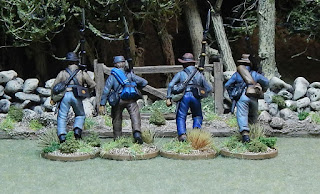 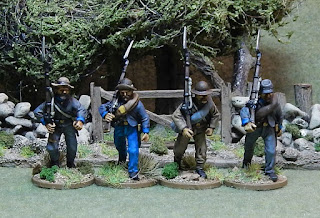 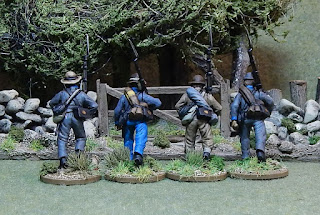 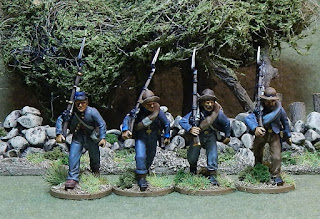 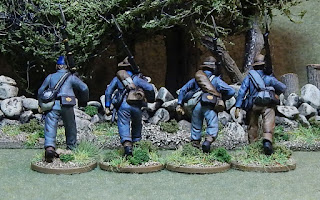 Painting output has been rather slower this week, mainly back to work, but I did manage to play three games since Christmas, rather a feat, I usually manage one a month at the moment!

That's it for Confederates for now, I have a box of Union that I plan to make a start on this week.

Posted by Paul Scrivens-Smith at 06:56