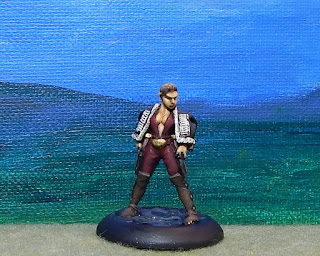 Chum Drew gifted me this miniature and I was rather at a loss as to what it was or what to do with it. It came with a card insert that pointed to a broken URL, but a bit of Googling for "Chick Challenge Four" turned up that it was produced for Spyglass miniatures as a limited edition sculpt by Steve Buddle. 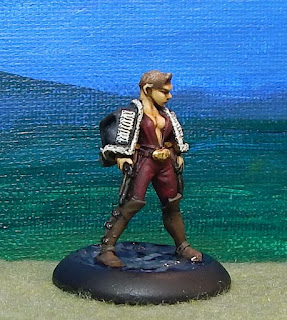 It appears that you can get some of the old Spyglass stuff, but not this one, from Heresy Miniatures. 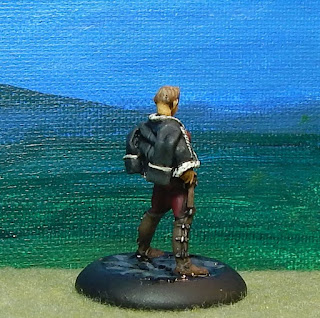 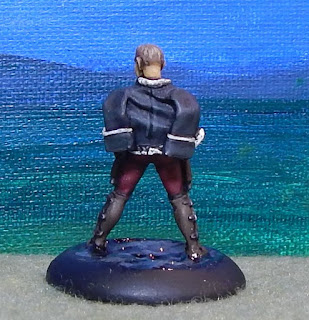 As she is wearing a Hussar jacket I wanted to paint her in a pastiche of an 11th Hussar with pink leggings in some Flashman like tribute. 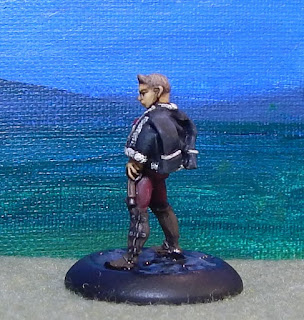 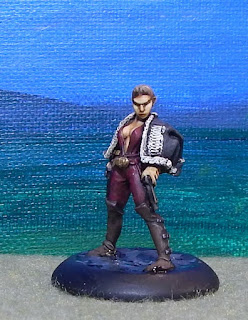 I really don't like slotta-bases, especially these with the void in them, but I decided that I wanted her stood in shallow water, much like in Stranger Things when Eleven goes into sensory deprivation, it's a layer of gloss gel, painted with black and grey shades, then another layer of gloss gel on top. 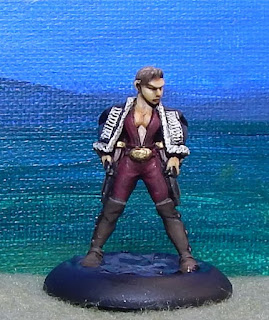 All in all, a nice figure to paint and she earned me a balloon ride over on Challenge Island on the Analogue Hobbies Painting Challenge. 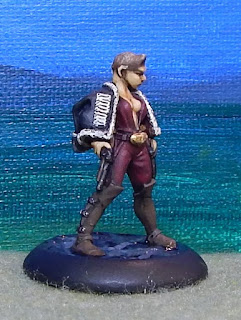 I think she came out much better "in the flesh" than in these shoddy photos, after four attempts I gave up trying to get the lighting right.

Posted by Paul Scrivens-Smith at 08:07