Berber Commander and some markers 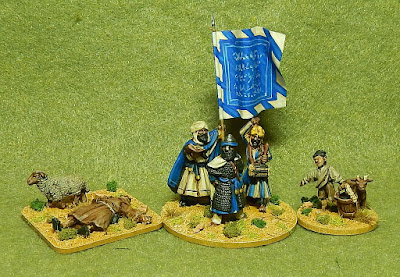 Following the addition of a mounted commander I also wanted to add a general on foot to the collection. I quite like the figure from the Commanders pack who is supplied open handed and thought he would make a good standard bearer model, exhorting his troops with quotes from the Koran. The ensemble is completed with a drummer to relay the orders. 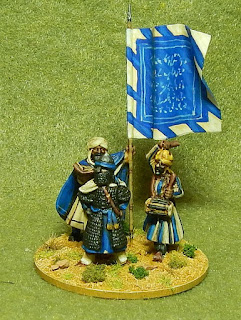 The standard is painted as usual with a representation of arabic script to match the others in the force. 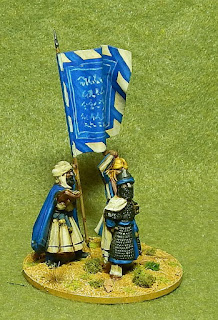 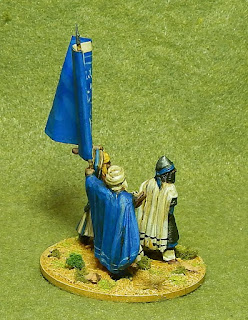 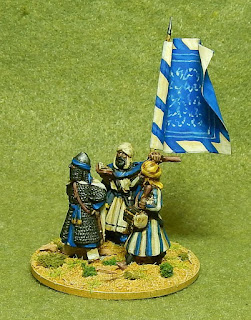 I also had a few figures lying around that I thought would be suitable to make some interesting markers or scatter to use in our El Cid games. The first is a young goat-herd lugging a large bucket, I think they may be Wargames Foundry figures, but am not sure. 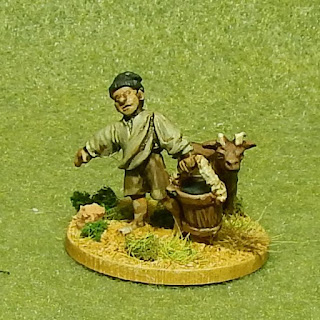 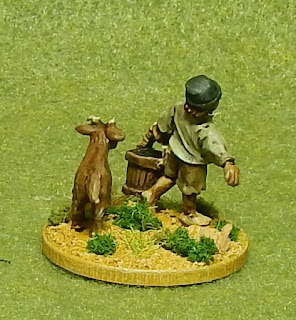 The second is a dead priest or monk, the base completed with a sheep model I found in my bits box. 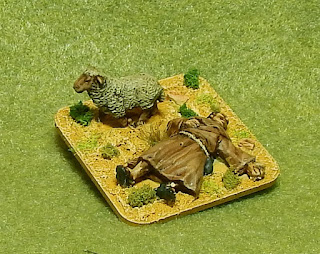 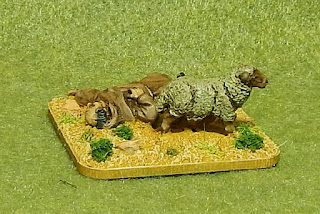