Operation Compass at the Rose & Crown 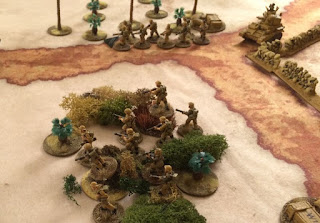 A very late update as this game took place over a week ago.

James, Keith, Mark and myself had arranged to play a 'Big Chain of Command' game at our inaugural meeting at the Rose and Crown. We set out quite a large 5ft x 10ft table with plenty of terrain. 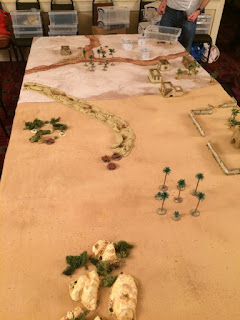 We loosely based the game around the actions during Operation Compass when the British and Empire troops cut the wire on the Libyan border and set upon General Grazianis Italians.

In our game a platoon each of British and Indians would attempt to take a small town defended by a couple of platoons of Italians.

The patrol phase went well for the Allies, they were able to drop a Jump-off point in the Wadi giving a covered approach to the village while another two pushed hard up the left flank. Supports were very good too, we fielded a couple of MkVIB light tanks, an extra section of British infantry, a Vickers machine-gun another 2" mortar and a preliminary bombardment that caused chaos for the Italians. The Italians added a 65mm and a 75mm gun. 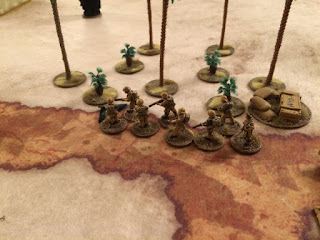 We played the Attack & Defend scenario with the British and Indians both starting on Force Morale 9, while one of the Italian platoons was on an 11 and the other on a 9, these were going to be tough buggers to shift!

The Allies both started with an armoured probe to which the Italians countered with the deployment of their artillery. My Indian troops started to push up the Wadi but some very accurate fire from an Italian machine-gun section caused them some discomfort.

On the left Keith with the British was able to sweep very close to the Italian held buildings before launching a bayonet charge that swept one of the machine-gun sections away and captured their stronghold. My Indians pushed up the Wadi further and I used a Chain of Command dice to redeploy a jump-off behind them allowing me to develop an attack closer to the Italian held walled garden.

As the tanks were now out of angle of the 65mm gun that started to concentrate its deadly fire onto my Vickers team who bravely held in despite being reduced to just a couple of crewmen.

The British holding the building on the left of the Italian position were driven back by concentrated fire from another Italian Machine-gun section, but the game was pretty much up for the Italians. 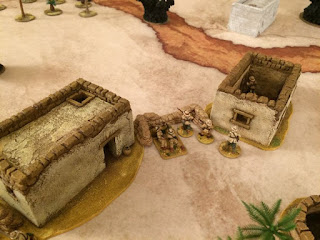 We never ended the first turn and the the preliminary bombardment was causing chaos for the arrival of Italian reinforcements. With the line thinly held and a MKVI tank pouring flanking fire in on each side the situation looked dire for Grazianis men.

However, time was now up and it was time to pack the game up, neither side had been reduced to Force Morale 3 so there was no clear victor, we'd call it a draw.

Some other games from our evening at the White Hart.

Dave had bought along his rather splendid Frostgrave table, he, James, Karl and Rage were battling it out on there. 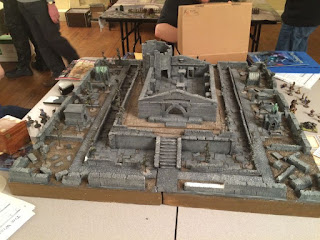 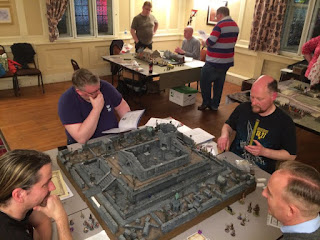 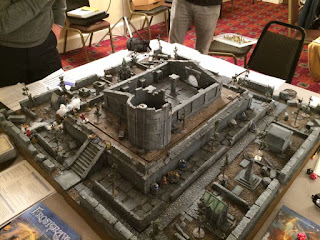 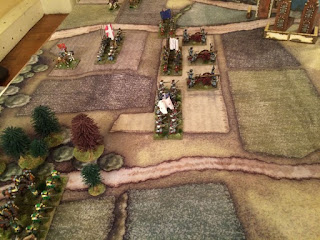 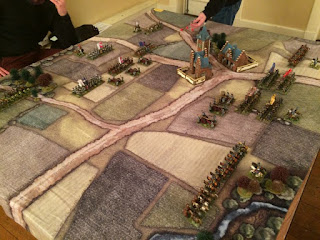 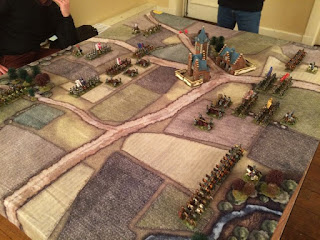 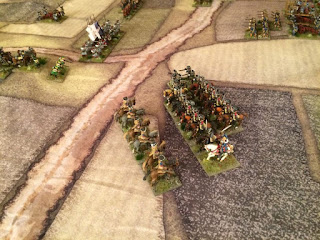 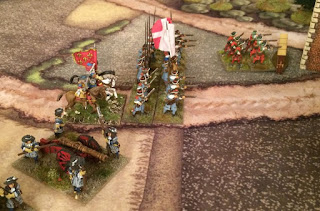 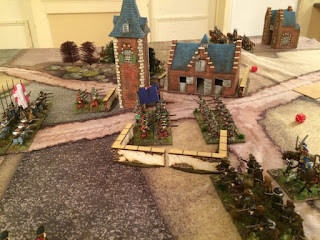 Wayne, Mike and Roger were playing a 1970s game set on the streets of the UK somewhere! 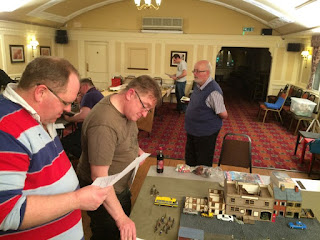 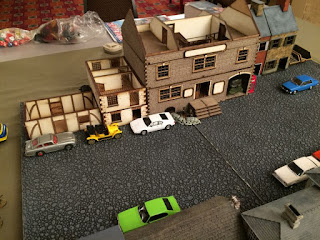 Posted by Paul Scrivens-Smith at 06:09