So far this year I have painted rather a lot of figures for the Verdun 1916 collection, 185 so far, not a bad tally and almost half of all the figures painted in the past twelve months.

These last few figures represent the total of all the unpainted WWI stuff I had. First of all five Woodbine Design French from Gripping Beast painted as Chasseurs.

I've converted one of the Chasseurs to be armed with a V-B launcher and added another Chasseur to make up the team. 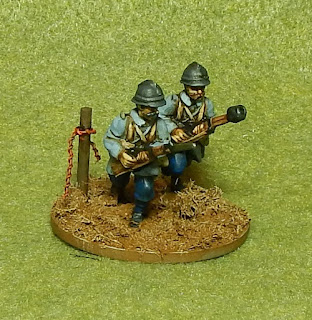 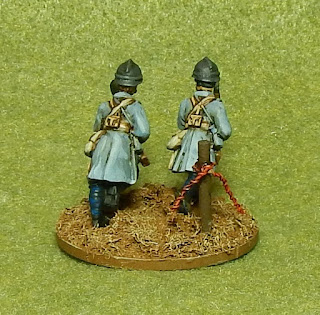 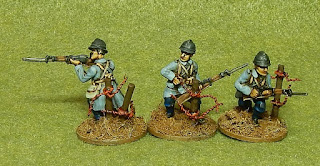 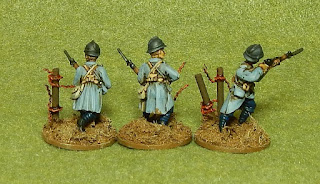 Posted by Paul Scrivens-Smith at 09:22