The Challenge 2015 - Winning the battle against the lead mountain

The New Year Truce in the battle against the Lead Mountain. 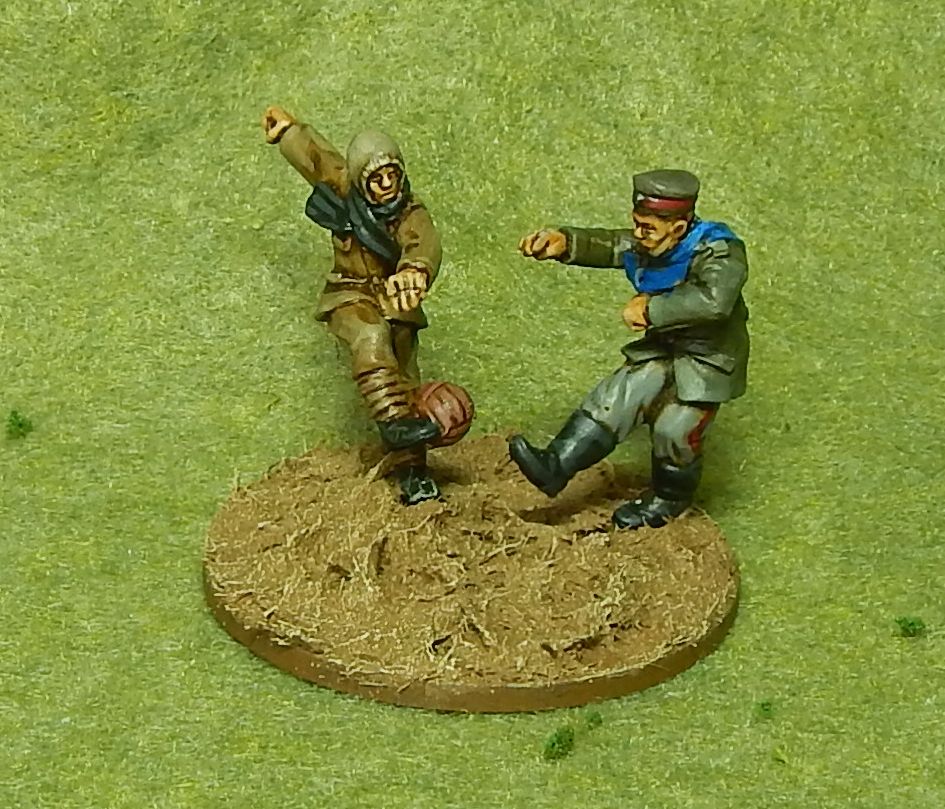 On my sidebar I keep a tally of the figures painted during the past year and as 2015 draws to a close the sidebar will be cleared and a new tally started.

Figures painted and based for myself in 2015


A good total of 377 infantry, 6 vehicles and a gun added to the collection. Not bad considering for three months mid-year I hardly lifted a brush.

Over half of these were for the new Verdun 1916 project that James and I started at the end of 2014, but the Spanish Civil War and El Cid collections benefited from a lot of additions too.

I also had the opportunity to paint a few figures for friends.

Figures painted and based for others  in 2015

Now, the credit column looks good, lets take a look at the debits.


I think at 192 infantry, 11 cavalry plus a vehicle I was quite restrained. However, this is only figures I purchased myself new from the manufacturers. I also 'acquired' quite a few figures via other means, such as trades on the Lead Adventure Forum, Facebook or similar, payment in kind for doing some of the above painting for friends and as gifts from generous family and friends.


So that is another 99 infantry, 9 cavalry 5 vehicles and a gun. However, every single figure that I have purchased or acquired by other means has been painted (or on the painting table needing finishing) this year, plus every outstanding figure on commission is painted so not a bad state to be in.

Actually, as well as painting everything bought or acquired this year I have also painted another 86 infantry figures, the lead mountain does diminish, although looking at it I think those extra 86 figures have hardly made a dent.

So, on to 2016, given the proposed move to territories new in 2016 I expect my gaming activity to be slightly curtailed, however, if I am not gaming as much I do sense an opportunity to get a load of figures painted - those cold Wisconsin winters sound perfect for sitting in the warmth with a paintbrush in hand.

Posted by Paul Scrivens-Smith at 06:17
Email ThisBlogThis!Share to TwitterShare to FacebookShare to Pinterest
Labels: Painting