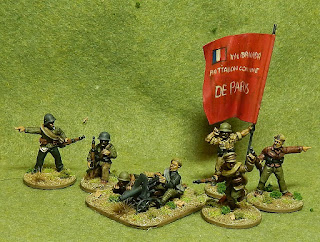 It has been a good few weeks since I added anything to the Spanish Civil War collection, so this week I have painted up three Officers and NCO's to lead the newly painted International Brigade chaps, a flag to inspire them and a Maxim M1910 machine-gun.

All the models are from Empress Miniatures and are sculpted by the very talented Paul Hicks.

The command group consist of a Senior Leader and two Junior Leaders for Chain of Command, all are armed with rifles and are lovely characterful models. I quite like the chap on the left with his shirt hanging out. The fellow on the right was painted to represent the oft seen look of a leather jacket.

The standard bearer is painted with a flag to represent the Commune de Paris Battalion of the XIth Brigade, composed mainly of Frenchmen. 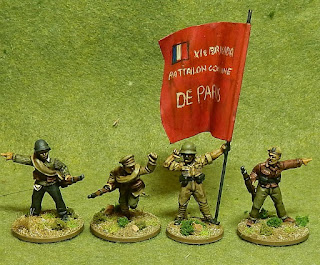 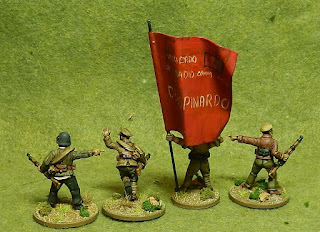 The Maxim is again rather a nice model, but I made a bit of a mess when sticking it on the base, so if you look at it from the front it's quite on the piss. 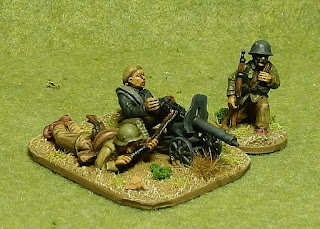 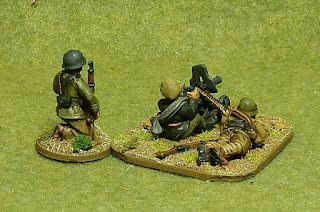 Posted by Paul Scrivens-Smith at 08:42