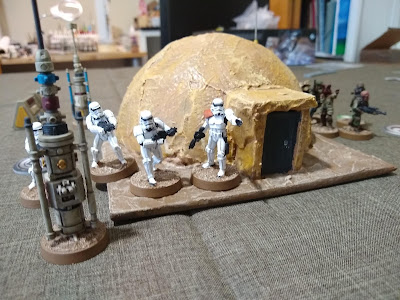 Victoria and I played another learning game of Star Wars: Legion on Sunday afternoon. Our last game was the basic learning game from the rules.

This time we took it up a small notch. 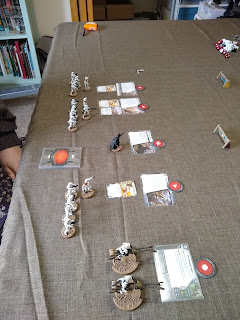 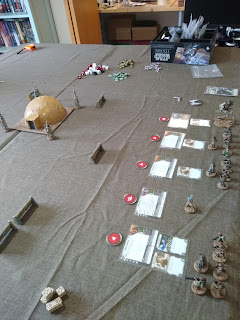 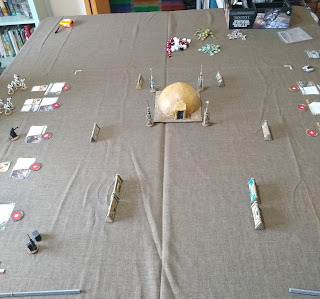 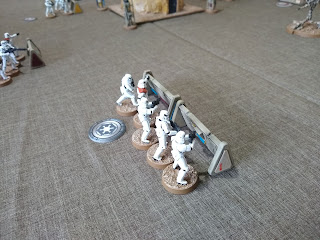 Both sides rushed to man the barricades and a brisk firefight soon ensued. 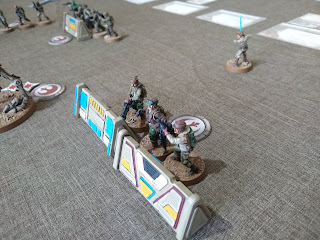 First casualties were on the Rebel unit with the Z-6 who lost three men to accurate fire from Stormtroopers and Speeder-bikes. 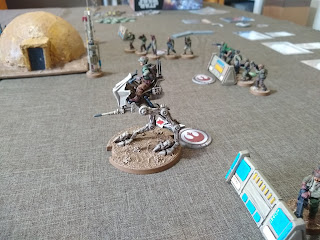 With everybody in cover the AT-RT was not going to do much so started a wander up the middle of the table, he'd at least draw fire and may stop the Stormstoopers from manouvering. 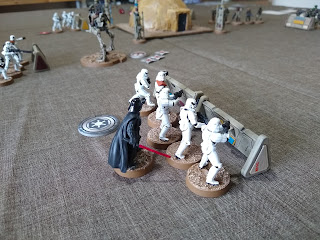 The boss turned up to motivate the troops and the blaster fire did seem to get much more accurate. 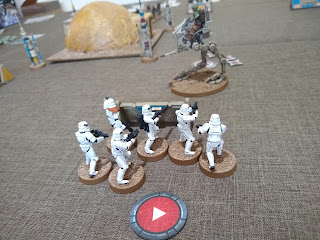 Eventually, the AT-RT went down, that DLT-19 was especially deadly. 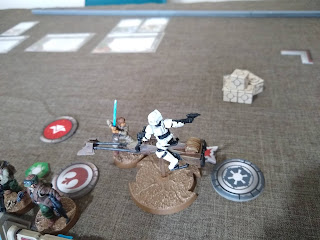 It was not all the Imperials way though, Luke took down the Speeder-bikes in a familiar fashion. 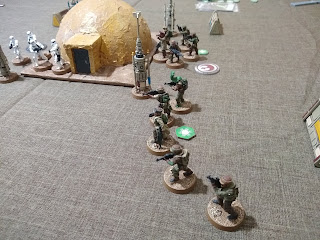 Luke then charged into the Stormtroopers but Darth Vader turned up and ruined his day. 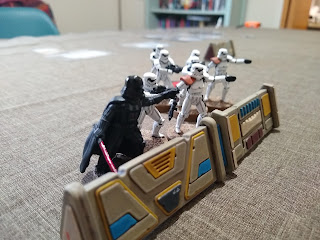 With the clock running down, Darth relentlessly advanced across the table and made short work of the Rebel Z-6 unit, another turn would have seen them done for completely. 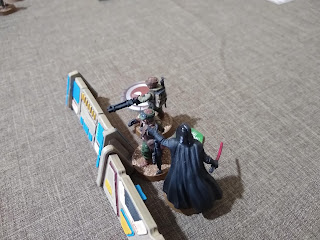 At the end of the game, neither side had captured the supplies and both sides were hanging around the entrance to the hab unit, so it was down to units lost. My Rebels had lost Luke and the AT-RT while the Stormtroopers had only lost the Speeder bikes. A minor victory to the Imperials but I will concede that Victorias minor victory was much more emphatic than my minor victory last time.

As we are now enforced "Stay at home" I'm sure we will get a lot more games in.