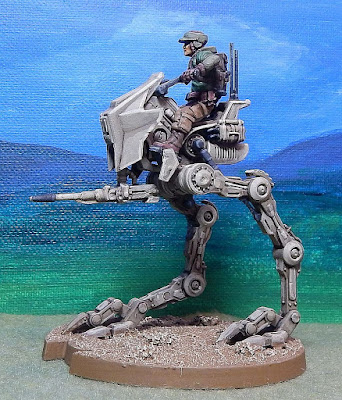 Included in the Rebel forces in the starter set for the game is a AT-RT (All Terrain Recon Transport) and it's a rather splendid model that like all the stuff in the range goes together rather well. 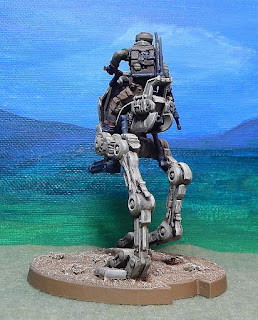 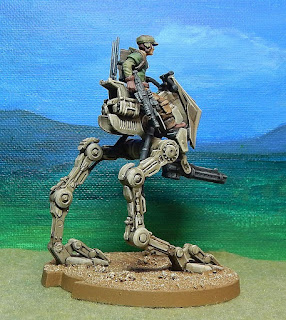 I worked up from a basecoat of Khaki, washed with Strong Tone, then adding slightly more Pale Sand to each highlight.

The driver was painted in my usual selection of drab colours that the rest of the Rebel troopers are done in, again followed by a Strong Tone was and two or three highlights. 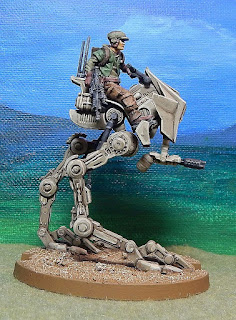 You cannot see it in these photos, but the control panel was picked out then some detailing done with Peat Brown ink.

The base was dry-brushed Iraqi Sand then Pale Sand and a blast of Testors finished the job.

The model comes with three weapon options, so I cut down the mounting point and glued on some rare earth magnets so that I could field with: 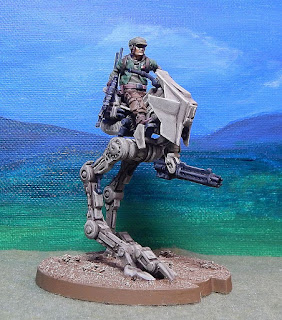 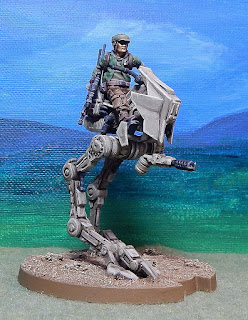 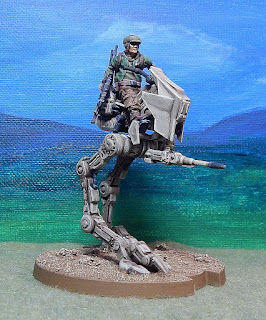 Victoria is cracking on well with her Stormtroopers so I just have Luke Skywalker to get done and it's game on.
Posted by Paul Scrivens-Smith at 16:38