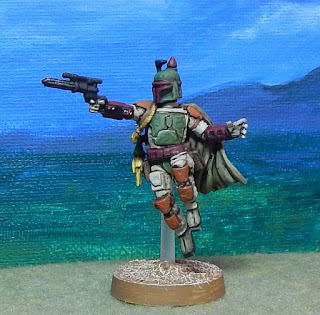 Well I've gone a whole two months of the year sticking to my "No new projects" goal and one wedding anniversary trip to Disneyland later I've started something new.

Actually it's not just me, this is a husband and wife project, yes Victoria is in on in too. 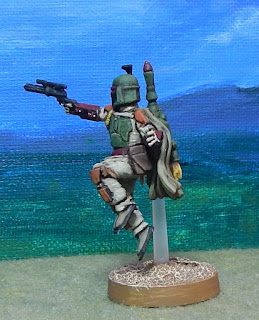 Not many of us have a wife who has a favourite bounty hunter, but I do, Victoria is a big fab of Boba Fett, so I bought this figure to paint up for her wedding anniversary gift. While at Disneyland we spent about a whole day wandering around Batuu and decided we needed more Star Wars in our life. 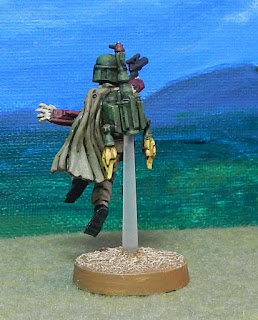 Back from the trip we dropped into our local games store and bought the Star Wars: Legion basic set from Fantasy Flight Games plus another squad of troops each. 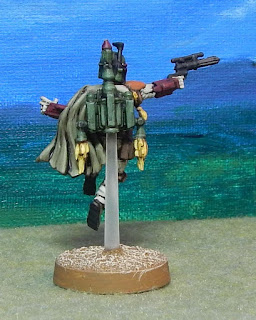 We are both cracking on with painting, I'm doing the Rebels and Victoria is working on her Stormtroopers and we are already sketching out some terrain designs we can use for our battlefields. It's going to be a blast! 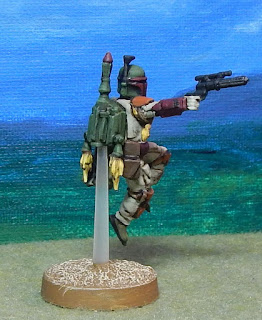 Pinching my nose somewhat at $12.00 for a single figure, but Boba Fett is a very nice model to paint and did not feel like it too me too long at all to do my usual base-coat, wash, highlights. Victoria is delighted with him and he has pride of place on the shelf above her desk. 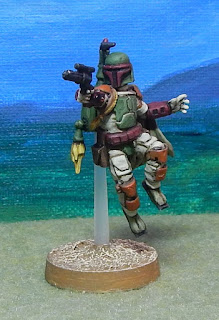 Oh and for further inspiration we have already watched all the episodes of The Mandalorian - twice!
Posted by Paul Scrivens-Smith at 10:30