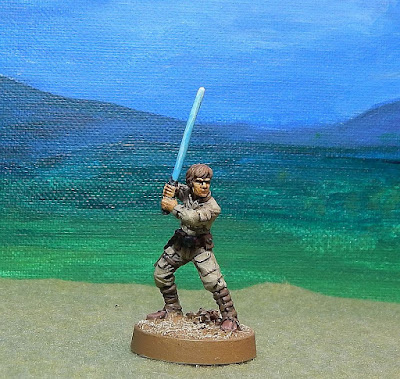 Today sees the completion of the last Rebel figure from the Star Wars: Legion basic set with Luke Skywalker joining the rebellion.

Like all the other figures, although cast in quite a soft plastic he is rather well done with very little clean up and a tiny bit of putty on his arm joints. 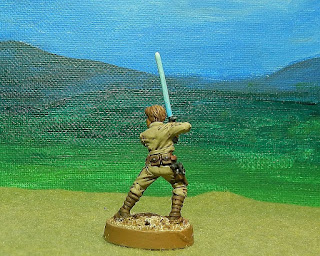 It's an early Luke, from before all that losing his hand business and he is armed with his fathers Lightsaber and a DL-44 blaster. 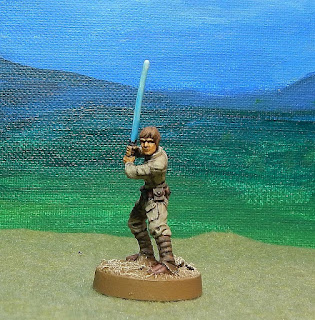 Although the figure is given a spray of dull-coat I went back over the Lightsaber with gloss varnish to try and get an effect, I think it's OK but I may try something else when I do another. 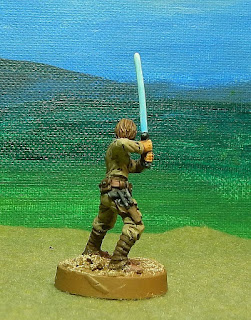 The Rebels are now complete and ready to do battle with the forces of the Empire, which is good, as Victoria only has to finish Darth Vader on her side.

Posted by Paul Scrivens-Smith at 08:23