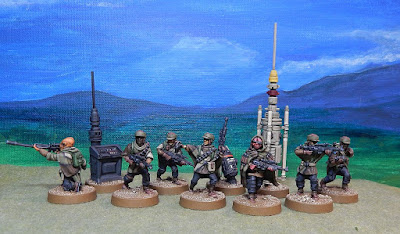 More Star Wars: Legion again this post with a group of Rebel Commandos and some more battlefield accessories from the Priority Supplies set.

I painted the previous Rebel Troopers with a consistent palette, but using the colours in different places. For the Commandos I wanted them more uniform so they all have the same tunic, the same trousers, etc. and although they have camouflage smocks I used a consistent pattern on them with all done in large amoebas of German Camo Beige and Chocolate Brown on a base of Russian Uniform.

I finished off the camouflage smocks by outlining each amoeba in black rather like the scheme used on early WWII French tanks.

I did a couple of Vaporators earlier this month and in this session added another one along with a Comms Station from the pack. 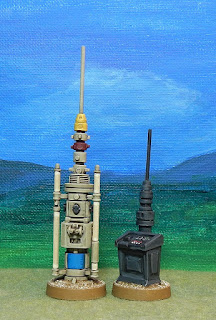 I think that simple additions like these to our battlefields will make them more set in the Star Wars universe. 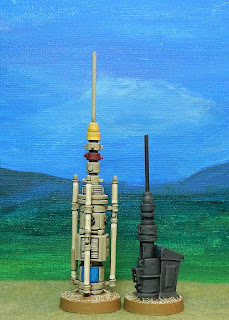 Some close-ups of the Commandos. 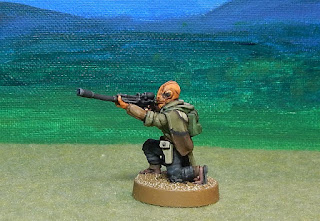 The Mon Calamari with the DH-447 sniper rifle is a lovely model, although I notice that the barrel is quite badly bent upwards in this shot. While writing this blog post I had a cup of tea and while it was still hot dipped the offending article in the tea and bent it back into shape, one of the advantages of these soft plastic figures. 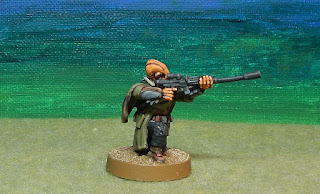 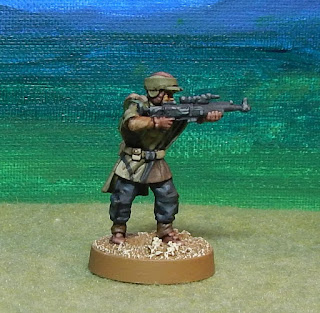 I do like this female commander that comes in the set, the pony-tail handing down her back is a nice touch, but I'm not entirely sure that it's practical for the battlefield. 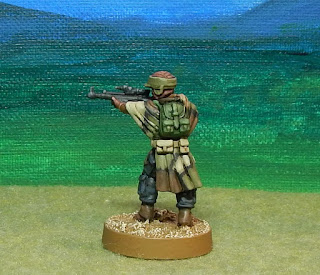 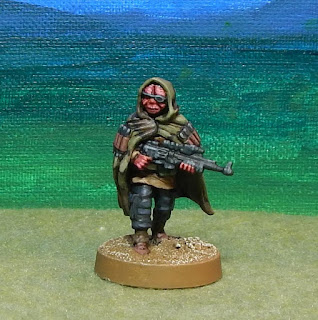 The Dressellian Commando is rather lovely, I misread the race on Wookiepedia though and Dressalians are supposed to have tan coloured skin, mine is pink, I like how it came out though.

He does sport a rather fetching eye patch! 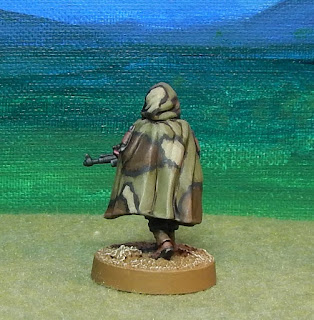 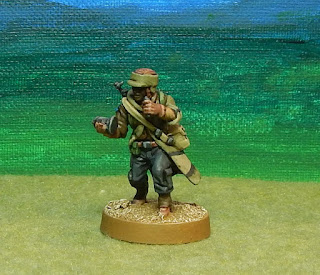 Last model of mine to get a showcase is the Proton Charge Saboteur, priming his charges and ready to cause chaos and destruction. 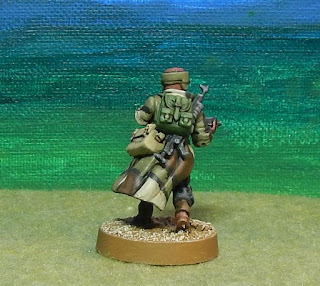 I've probably gone a bit overboard on this project, looking at the rules a standard game is 800 points. I did a quick tot-up the other evening and without upgrades I'm well over that already.

Victoria has also been painting and has finished this rather splendid R4 unit that I thought I should share with you all. 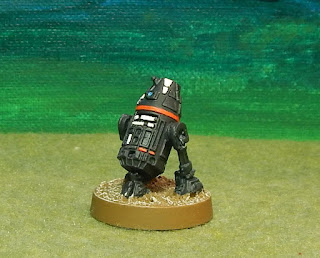 Posted by Paul Scrivens-Smith at 19:03