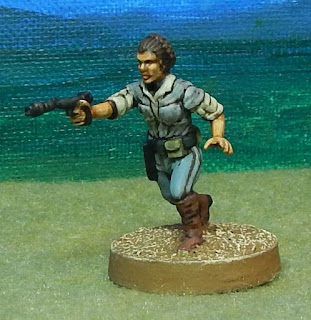 So it had to happen, Victoria and I celebrated our wedding anniversary at Disneyland this past week and got quite immersed in the whole Galaxy's Edge "Batuu" thing.

Before we went I had already bought Victoria the Boba Fett model so that I could paint it up for an anniversary gift for her.

Next thing we know we are back in the Hoth-like Wisconsin and at our local game store and we decide to drop some cash on getting started with Star Wars: Legion: 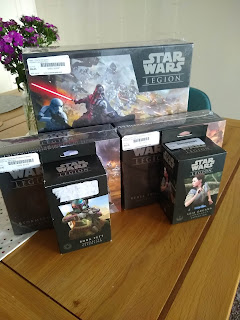 As Victoria had already bagged playing the Empire and had the aforementioned Boba Fett I thought I should start off with a character too and decided to go for the Princess Leia command booster.

Who cannot turn down "Her Worshipfulness" to be leading your troops? 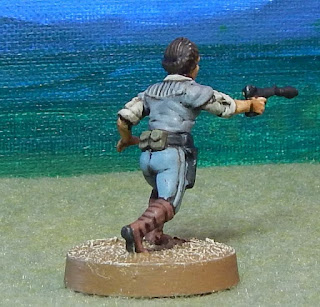 It's a fairly nice figure but the pose does feel rather awkward, she is sort of crouching, sort of running. 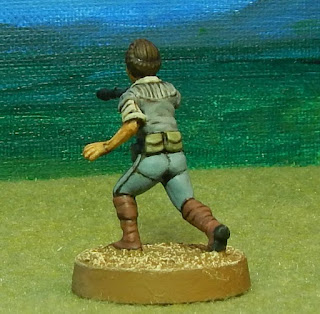 Like Boba Fett it was a really quick paint job of base-coat, wash, highlights that did not take too long at all. 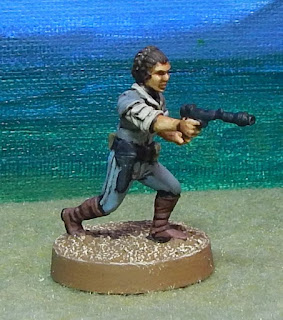 More pictures of "Her Worshipfulness" 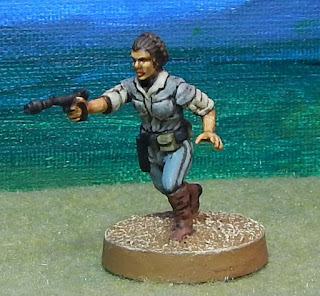 Still not sure about that pose! 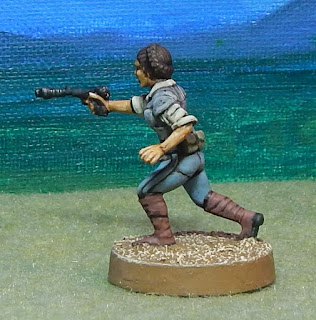 Posted by Paul Scrivens-Smith at 07:50