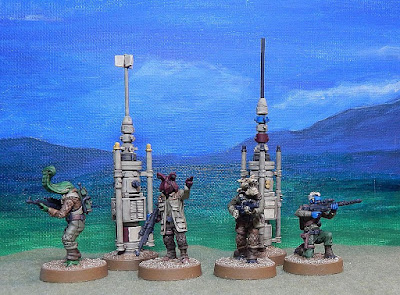 I picked up the Rebel Troopers upgrade expansion pack last week and have been adding these to the forces.

It's a great pack containing four more alien Rebel troopers that can be built as standard rebels or heavy/special weapon upgrades.

I did the Ithlorian and the Gran as standard troopers with A-280 blaster rifles. 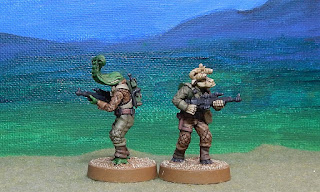 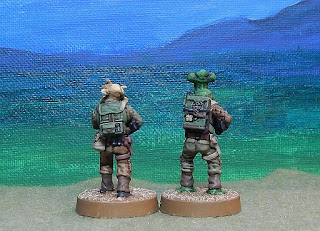 The Ishi Tib mutant (with dark red rather than green skin) is a Rebel Captain while the Theelin is armed with a DLT-20A long-ranged blaster rifle. 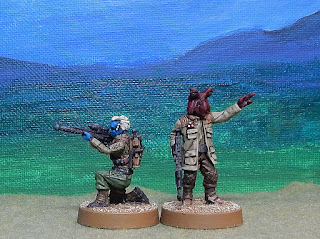 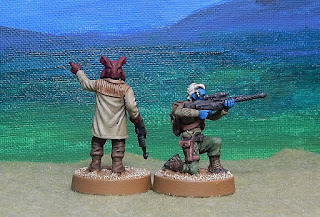 To me, Vaporators really do evoke the Star Wars universe and I was chuffed to find that the Priority Supplies Battlefield Expansion contained four of them. 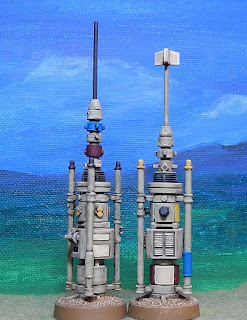 These were painted in the same scheme as the barricades that I've already done and seem to blend in nicely. 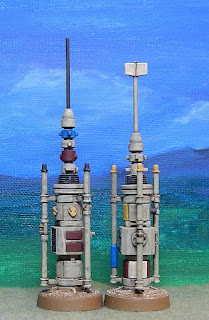 Posted by Paul Scrivens-Smith at 13:28