'Battle Bus' for my Tommies 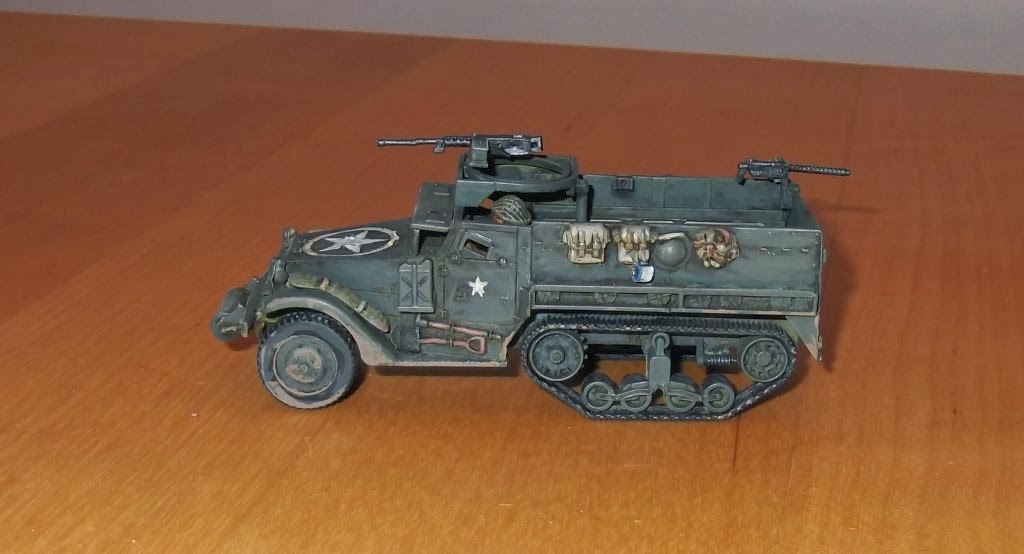 I've acquired a Warlord Game M3 half-track so have painted it up to carry one of my sections of British Infantry in our Bolt Action Games. 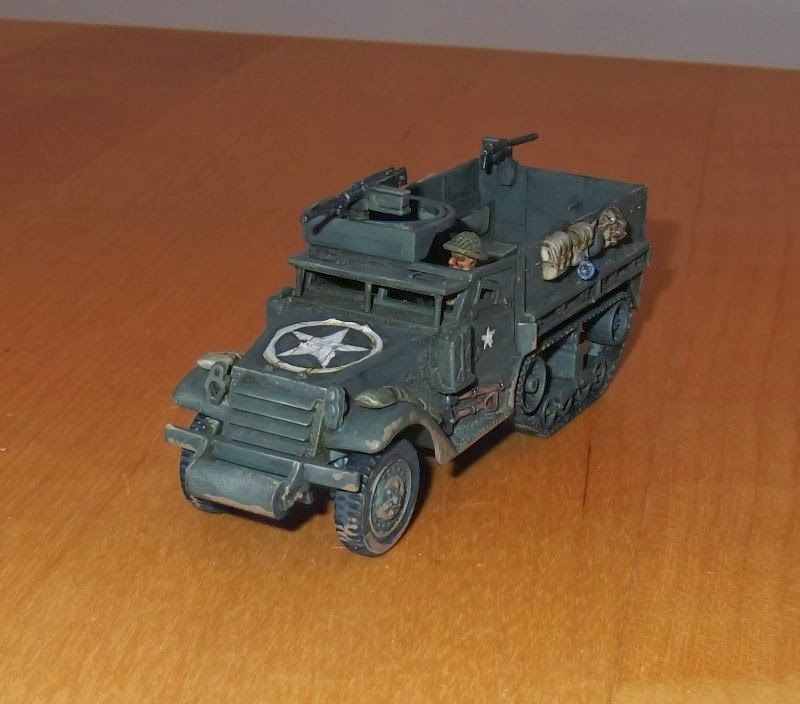 It's a pretty straight forwards kit to build, however I doubt that even the most competent modeller can remove the .50 from the sprues without breaking it - if you look closely at my photos you can see the repair. Also the cabin floor seems an odd fit at the back and does not seem quite long enough. But, despite these couple of niggles it's a nice enough kit that I managed to get base-coated in no time at all.

It's mainly Vallejo Bronze Green with a bit of Russian Uniform on the seats and Khaki on the small packs and camouflage netting hanging from the exterior.

Other painting pressures mean that it has stayed in this format for the last few weeks but tonight I ended that sad state of affairs and finished off with a couple of highlights and then applied weathering using a Tamiya mud stick and a Tamiya Weathering Master set. 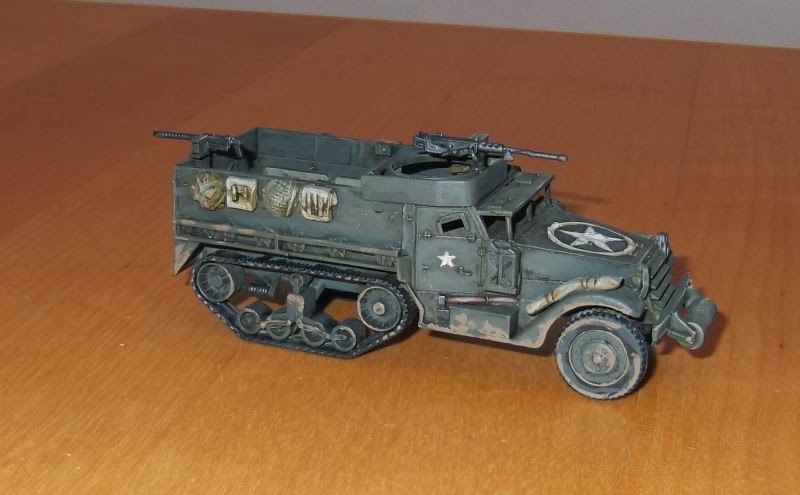 The driver is the original US Army driver with a British head and helmet.

Unfortunately had to use flash photography so hope to take some during tomorrows game where it may look rather better. Although I don't know if you have the same issue, but as Bolt Action is not UGO-IGO I lose an opportunity to take photos while my opponent takes his move. 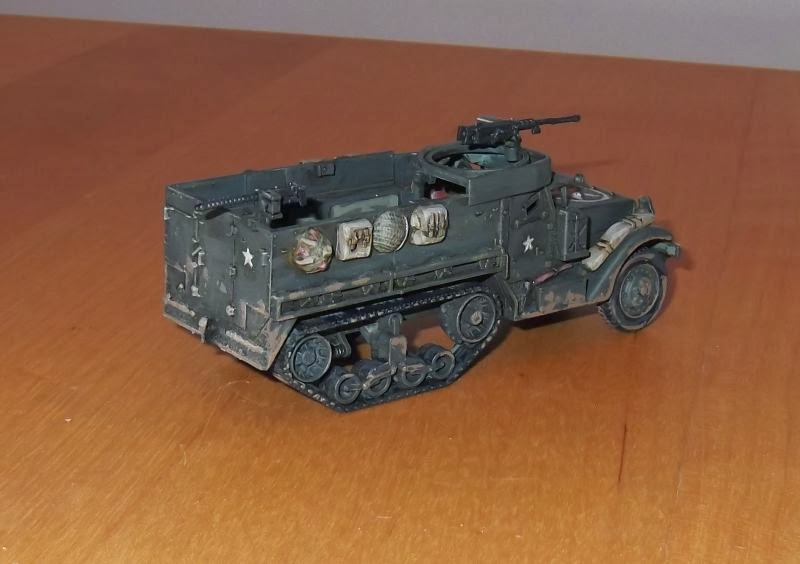