During the Battle of Keren typically a third of the infantry were used as porters supplying those in the front line. I've converted a few of the Perry Miniatures Desert Rats to be carrying crates of rations and ammo, these will also be supplemented by the the pack mules I did at the back end of last year. 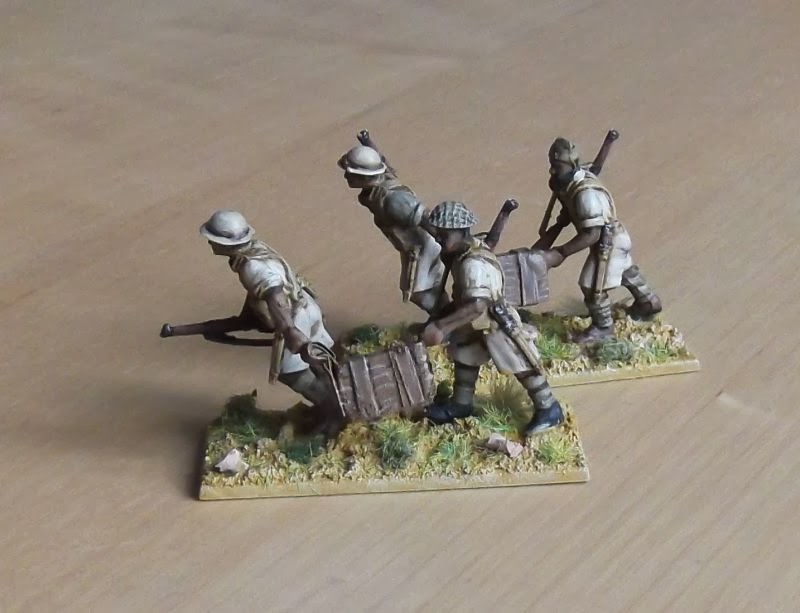 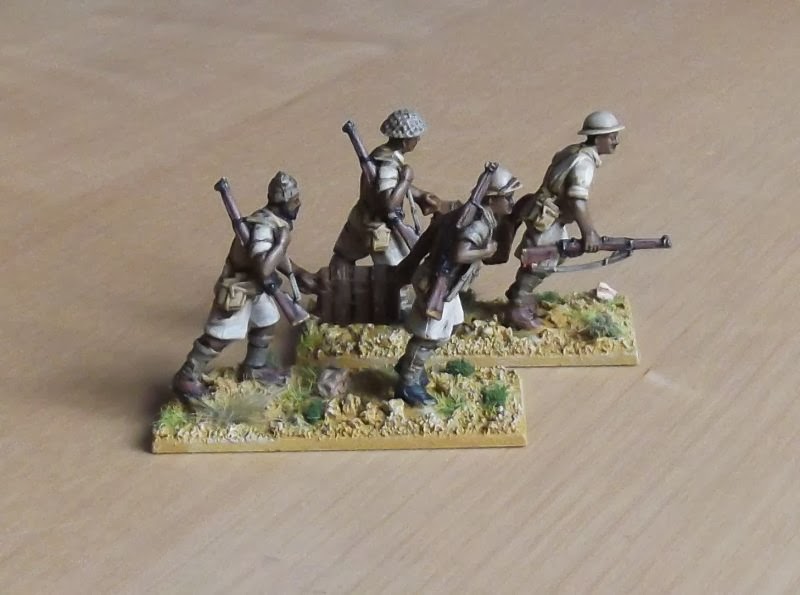 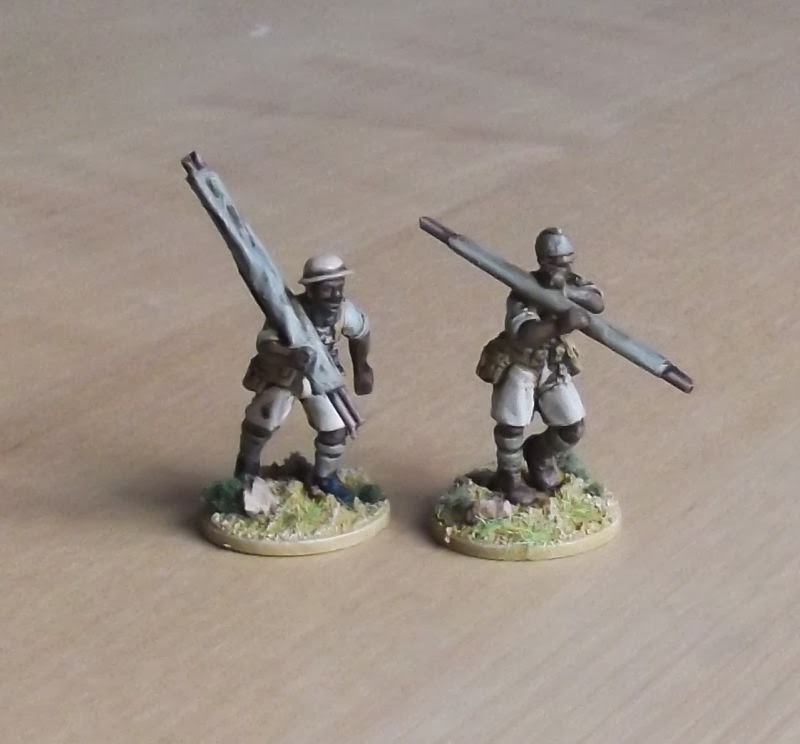 I also added another ten infantry, you'll note that some are on 25mm bases, this to help me distinguish the 'Big Men' from the other troops, 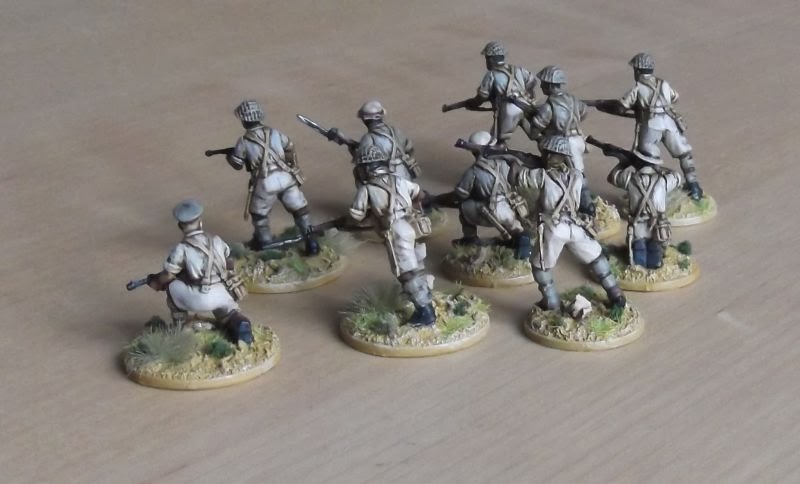 Apologies for the poor lighting in the photographs, hopefully we will get some better weather soon.

Posted by Paul Scrivens-Smith at 10:06