Up with the lark again this morning and by 06:30 I was having a cup of tea and starting to repaint the light grey on those Mk VI lights - it was looking a bit too blue.

After re-doing the light grey it was straight on to putting the highlights on another batch of Moroccans. 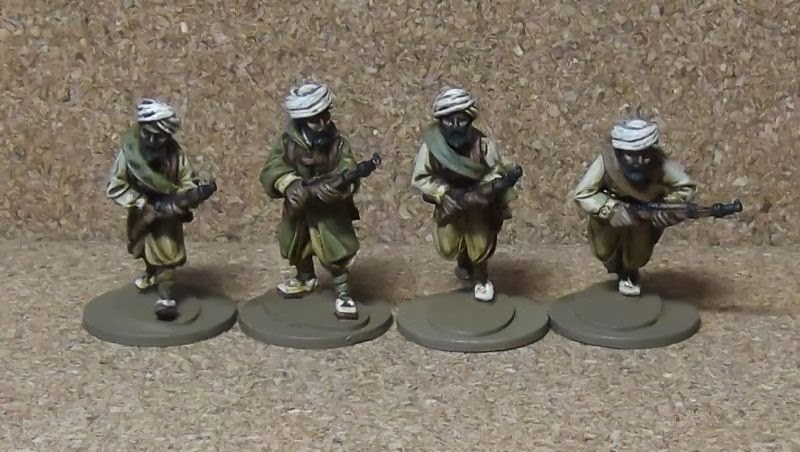 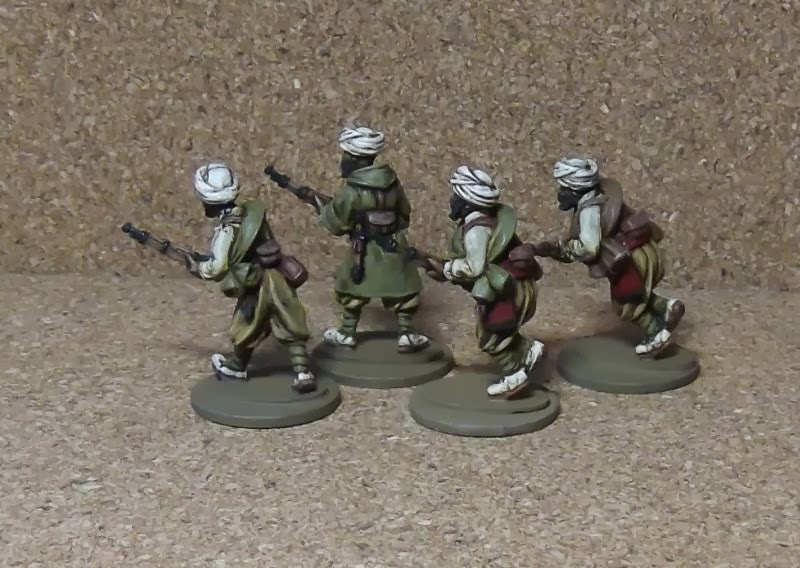 At the same time I did the base-coats on another batch, I figured if I intend to have the whole platoon painted by the end of the week, I'd have to up my game, so I moved on to a batch of five figures this time.

Victoria was soon up so I made her a cup of tea and then prepared breakfast and it was out on our sight-seeing for the day. We would go look up King Arthur at Tintagel Castle. 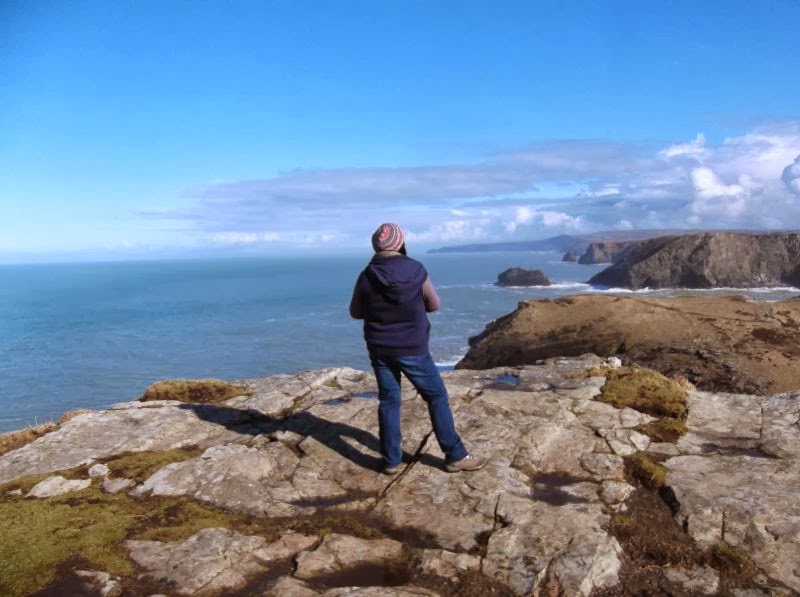 The weather was excellent - I cannot believe it is February! And, the views from Tintagel Island are stunning, from our vantage point I got some great action shots of the waves crashing against the cliffs. 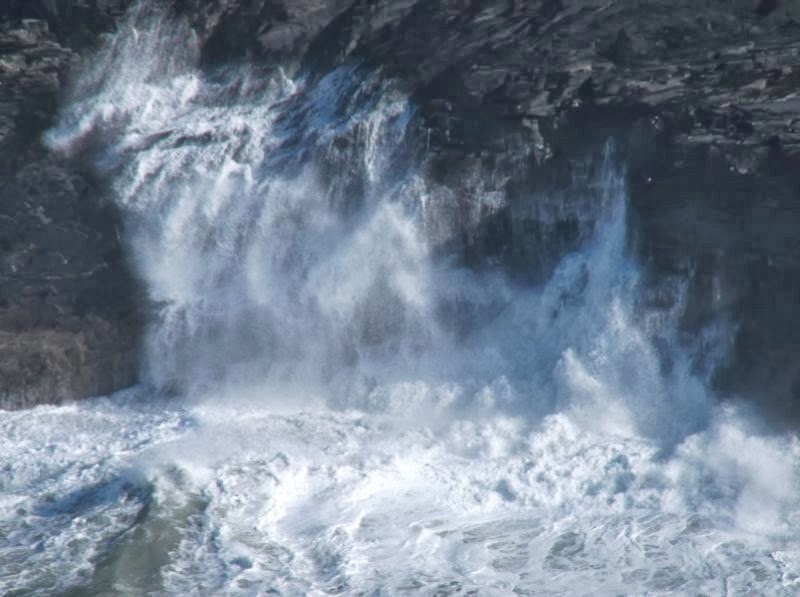 Back down the hundreds of steps cut into the cliff face then a long drag up the hill to Tintagel Village and it was time for an ice cream. Yes, in February I know!

We then went on to the picturesque village of Port Isaac and had tea and cake in a lovely tea-room in an old school-house.

Back to the cottage and on to the job in hand. The five Moroccans that I had base-coated and sepia washed this morning were given the highlight treatment. 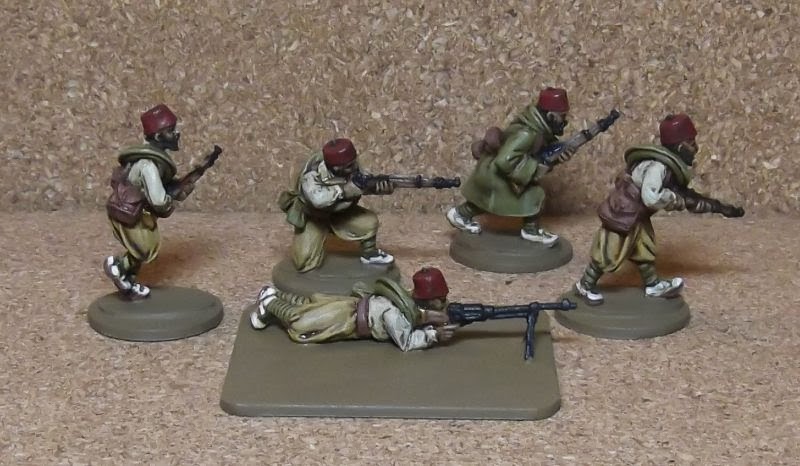 And another five were base-coated and washed, these includes the Sargento Primero .

Quite a productive day, I also started the base-coat on another group - six this time including the Caid and the Teniente. I'll finish the base-coats off and give a sepia wash after dinner.

Posted by Paul Scrivens-Smith at 14:24