After painting the original box of 25 I managed to pick up some more second hand to bring my force up to the 800pts needed for our club campaign. 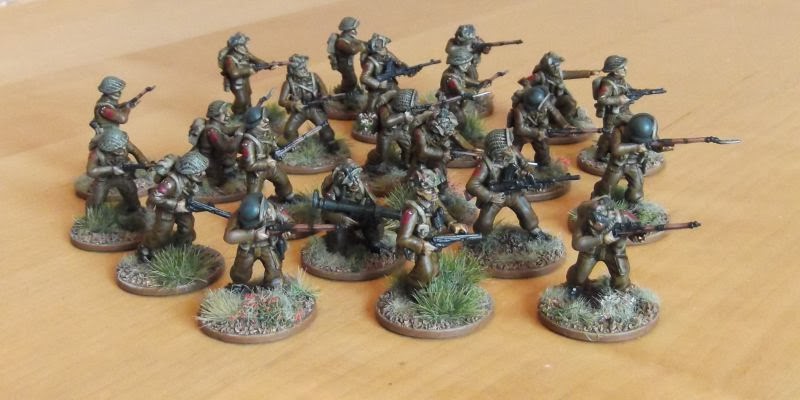 I've painted another 22 of the Warlord Games late war British Infantry this week. This now takes me up to 47 of them done and I reckon that is likely all the ones I'll ever need.

These were painted using the same method that I used for the last 25 and I still reckon it's easier to paint them than to stick them together although I am getting the knack of that now.

I was not too keen on the previous PIAT gunner I made so I did knock up a new one.

The models have had a coat of Testors Dullcote but they do look a bit shiny in the images.

I also picked up 17 Commandos as part of this deal, I think I'll likely just paint them up and sell them as I don't see me needing them for gaming.