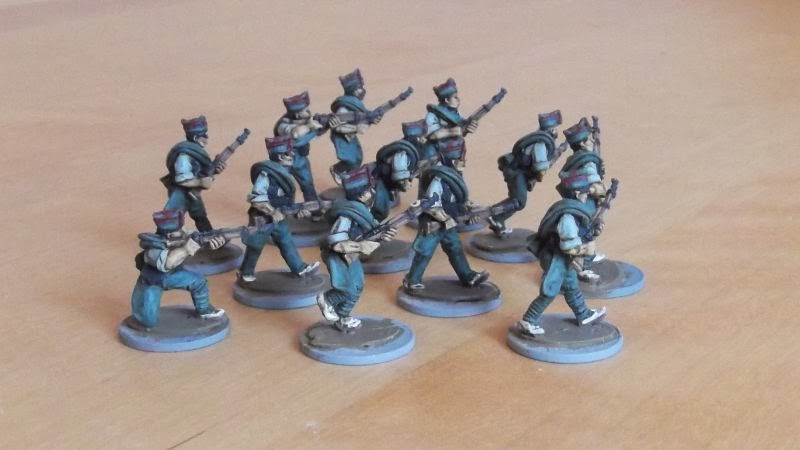 Far too many mates called James. This week I have been painting some Spanish Civil War Nationalists for James W, as opposed to the James M who I painted the Mk VI for.

In total he gave me 19 figures from the Empress Miniatures Spanish Civil War range to do for him; a Guardia Civilia Officer, twelve Foreign Legion and two medium mortars with crews, they are all painted in pretty much the same colours:

Once base-coated I gave them a wash of Vallejo Sepia wash and then re-did the base coats and added highlights.

I have done nothing with the bases, James will see to that so that they match the rest of his force. 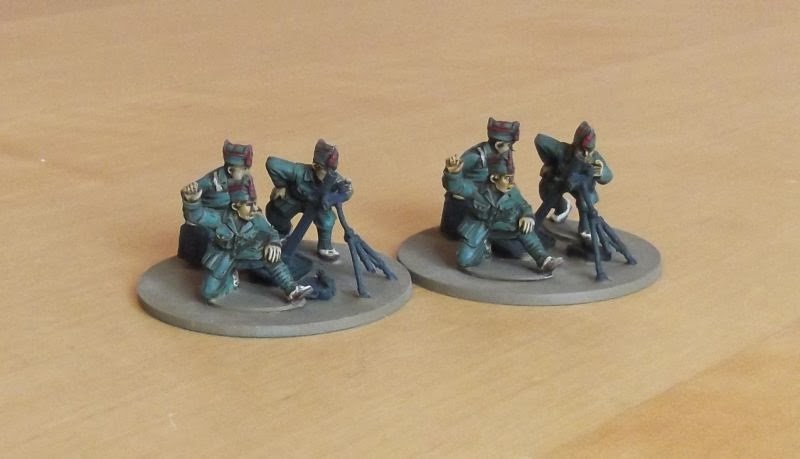 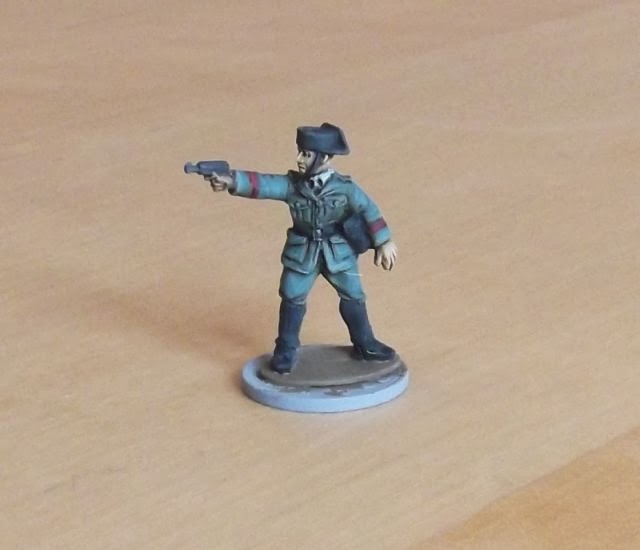 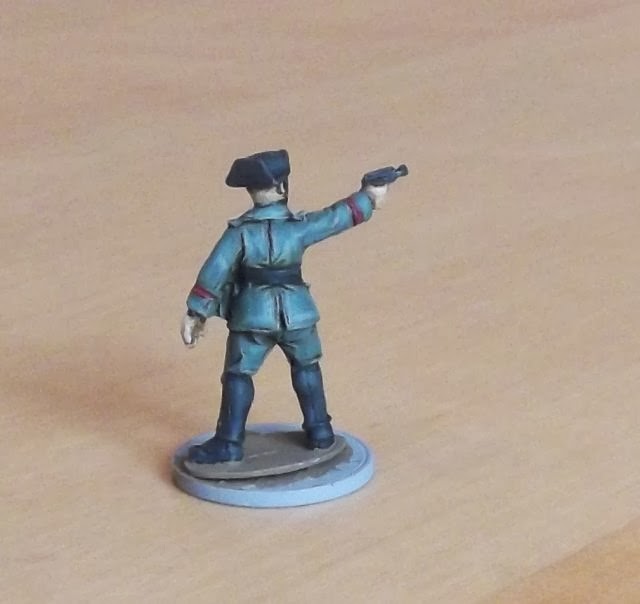 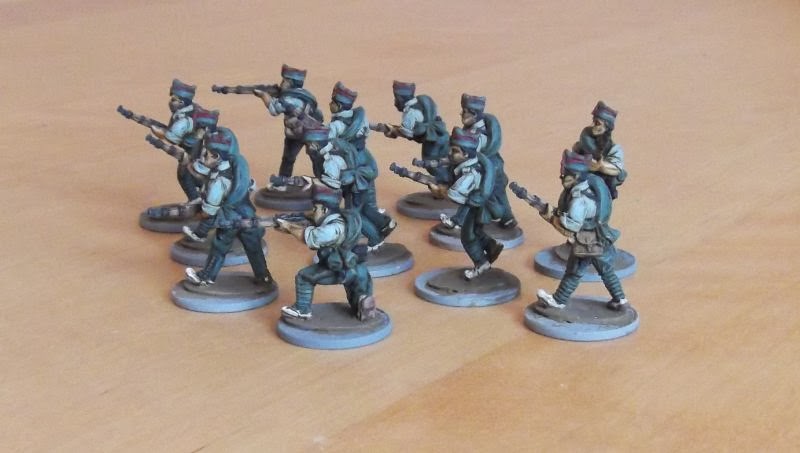 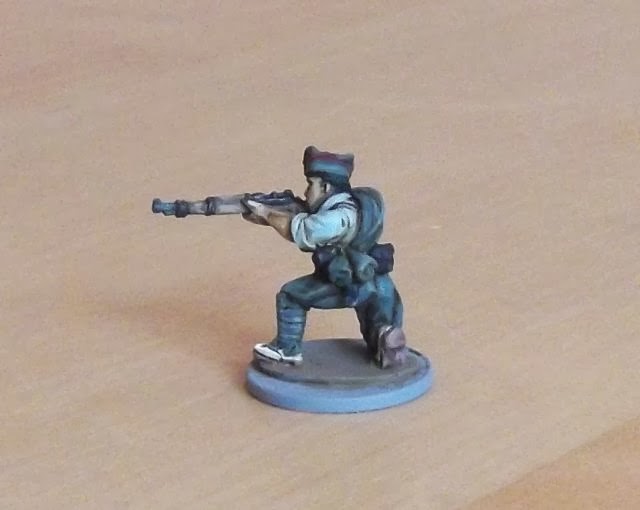 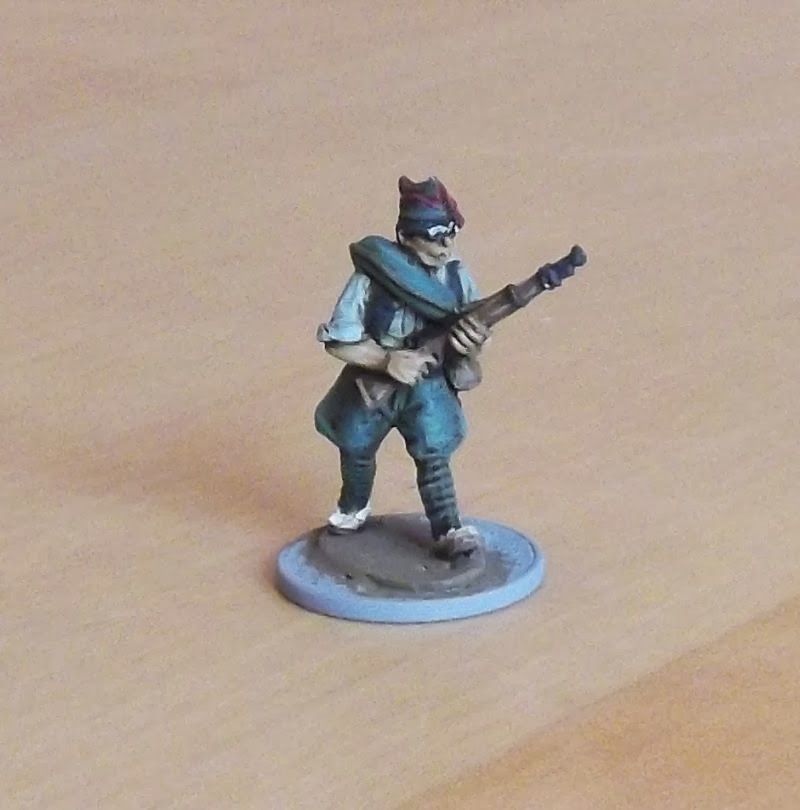 Posted by Paul Scrivens-Smith at 09:07