Today was very much a do-nothing day, we had no plans at all and intended to spend most of the day in the cottage.

This was quite a coup as this morning I managed to finish off the highlights on those last eleven Moroccan Regulares. 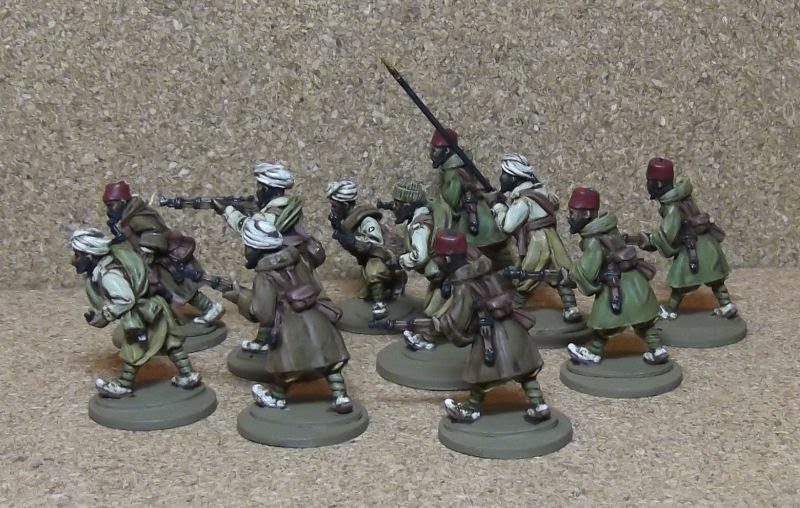 That is all those done so far, here are the entire 48 figures, I just need to do a bit of finishing off, including doing the flag and the bases and then they are ready for their first game.

We went for lunch at a local pub and when we got back I cracked on with some of the other stuff to do.

Firstly I repainted the light grey and gave a sepia wash on those two Mk VI seen earlier in the week. I also sepia washed the other two Mk VI lights.

For my own SCW collection I have a Nationalist light mortar, an army officer and three Guardia Civil that I did the base-coats and a sepia wash on. 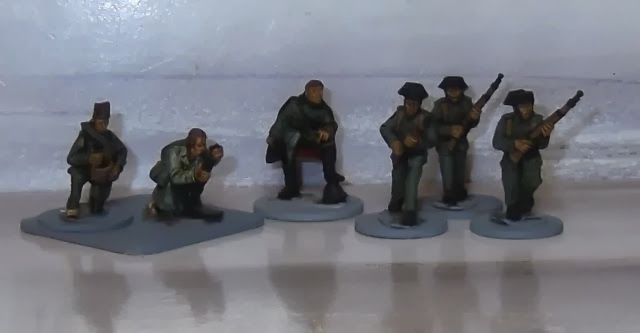 I also made a very tentative start on my Panzer I, just some Panzer Grey for starters. 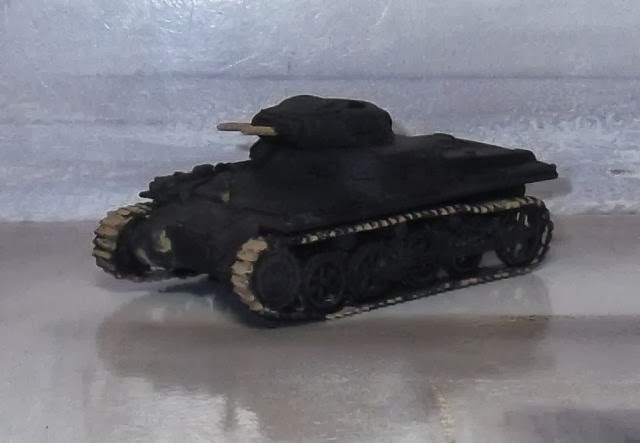 For James I did the base-coat and sepia was on a couple of Nationalist 60mm mortars and a Guardia Civil officer...

... along with a dozen La Legion also for James.

My Regulares are now wrapped in tissue ready for the journey home where they will be finished off. I hope to get at least the Mk VI tanks completed tomorrow and maybe a few of James' La Legion.
Posted by Paul Scrivens-Smith at 14:25