Day two was an early start again, up at 06:45 I made myself a cuppa and set down to doing the highlights on those four Moroccans that had had a sepia wash. 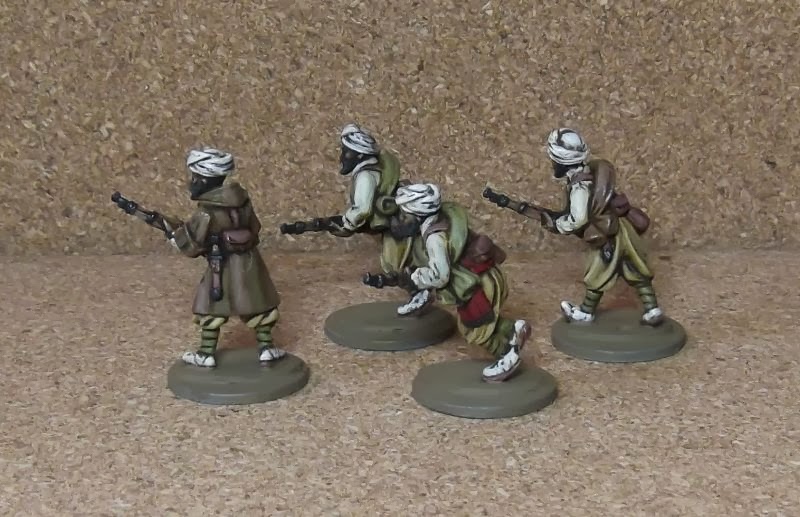 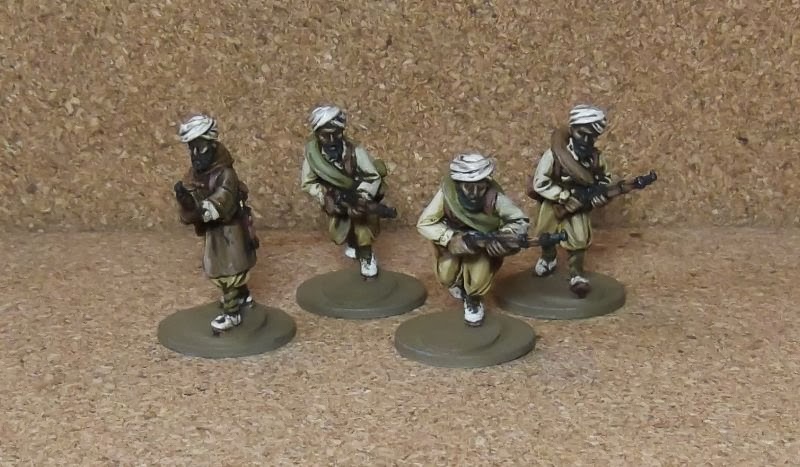 Before Victoria had stirred I had also done the base-coat and wash on another four of the Moroccans. 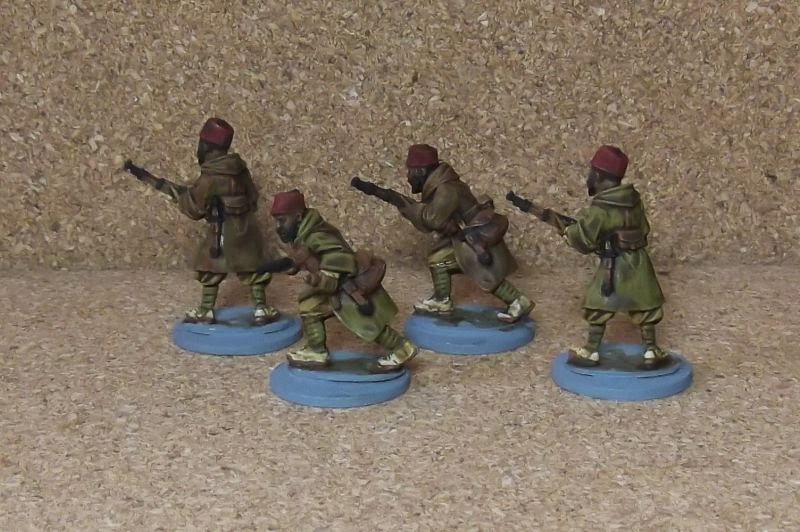 After breakfast we went to the Eden Project and managed to get out of the rain for a few hours - and into a rain forest! 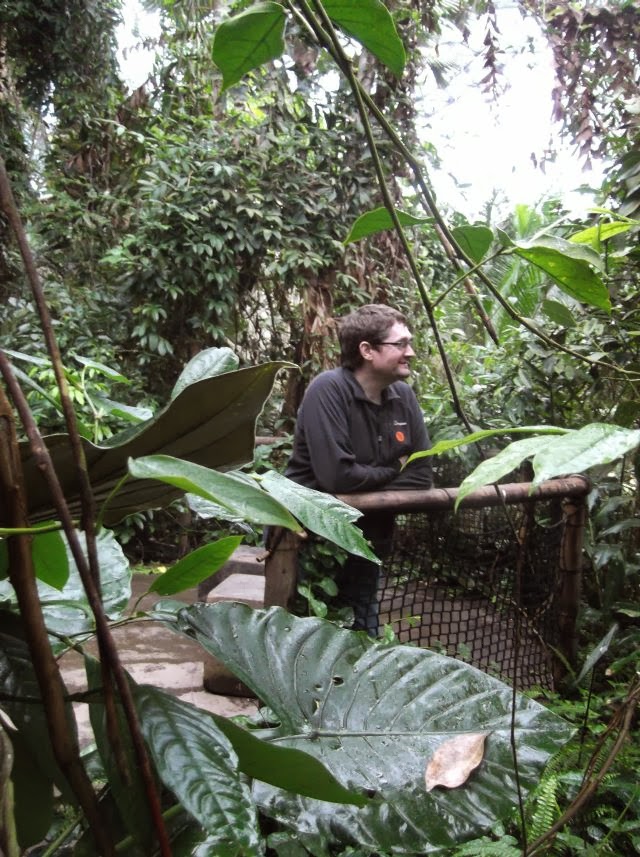 After a rather lovely lunch at the Eden Project it was back home and those four Moroccans that had been washed this morning were highlighted: 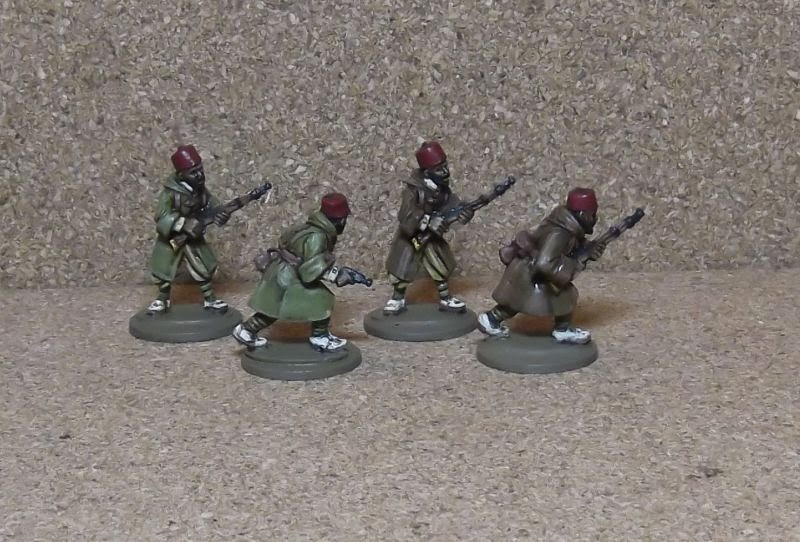 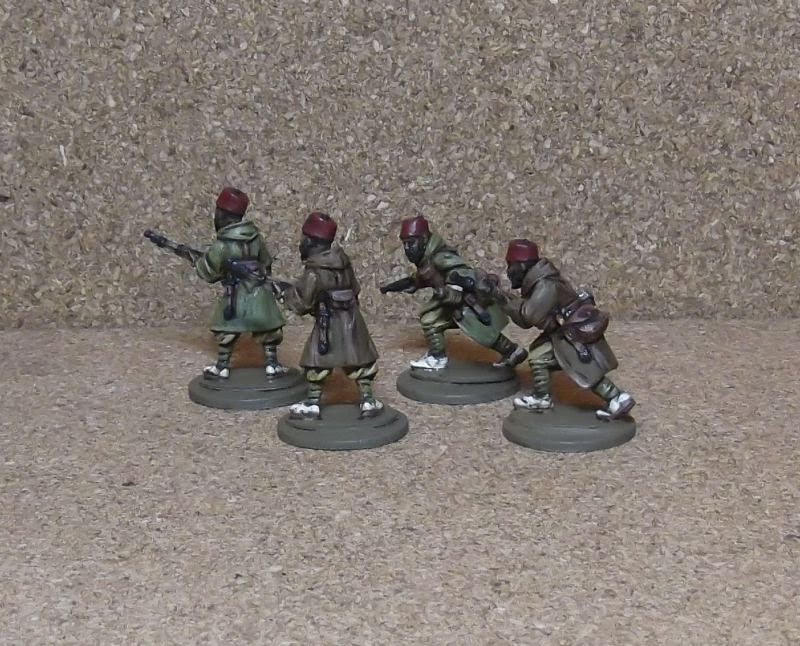 And as part of the production line, another four were base-coated and washed. 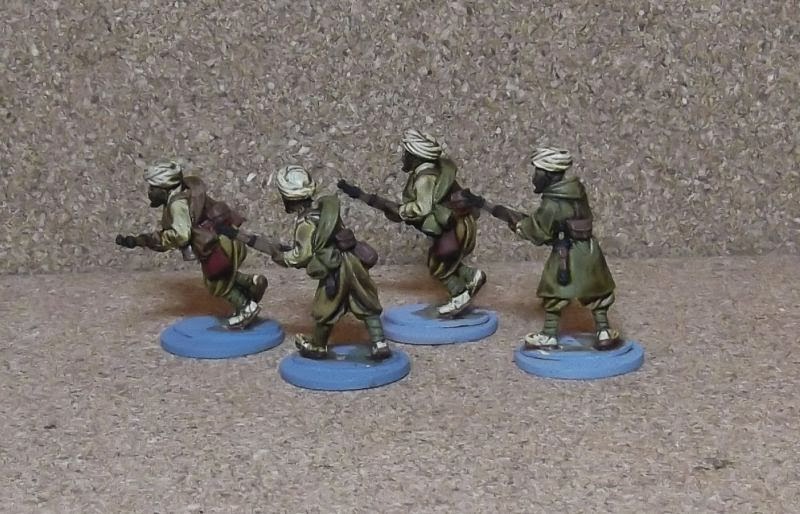 I did a little more work on those two Mk VI lights, you'll see a commander stuck in one of them 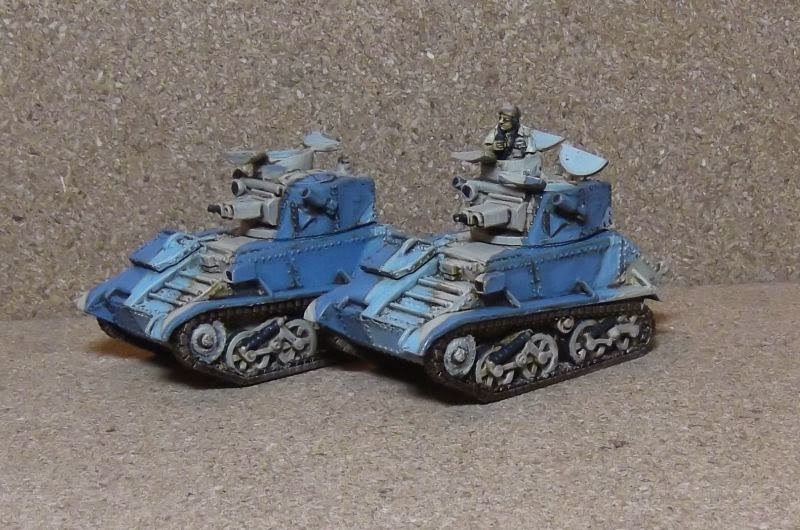 I made a good start on the base-coat of the other two. One of these is being painted for James and he did not want Caunter. 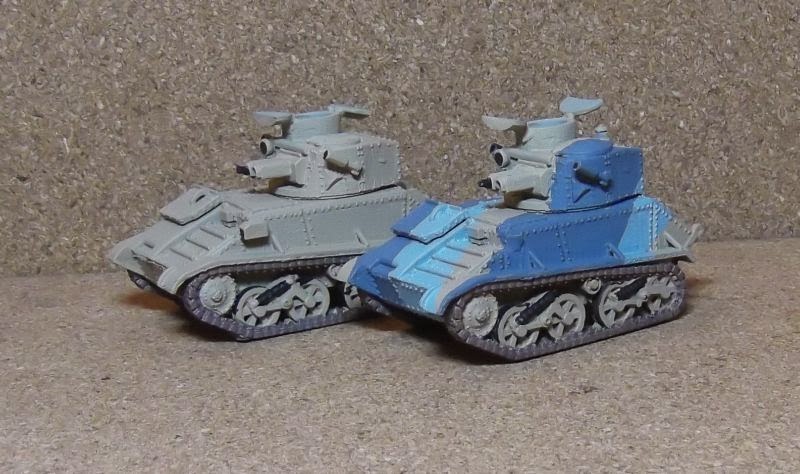 I also gave a base-coat and wash to three objective markers / jump-off points. 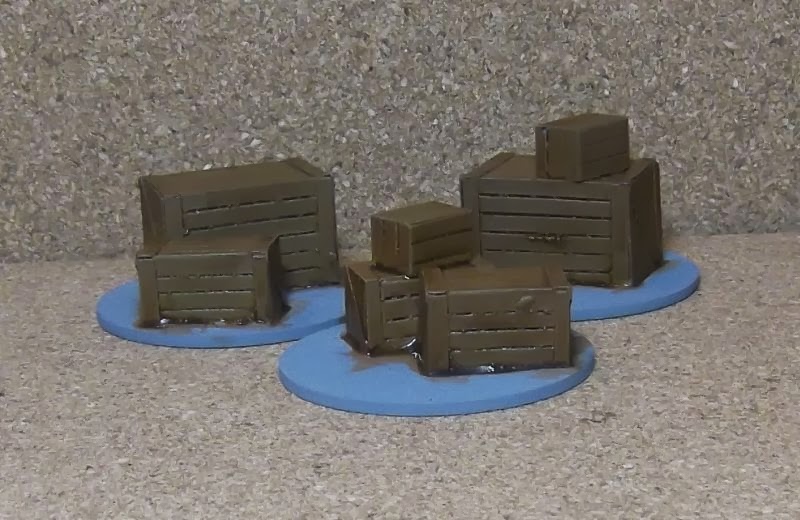 I don't think I'll get much more done tonight, Victoria and I plan a few games of Carcasonne.

Also, interesting to compare with what I was doing this day last year: http://scrivsland.blogspot.co.uk/2013/02/holiday-painting-update-day-two.html

And the year before: http://scrivsland.blogspot.co.uk/2012/02/napoleons-6th-hussars.html
Posted by Paul Scrivens-Smith at 13:39